Carlos Alcaraz heartbroken about Rafael Nadal injury, saying: ‘It hurts me to see him suffer’ 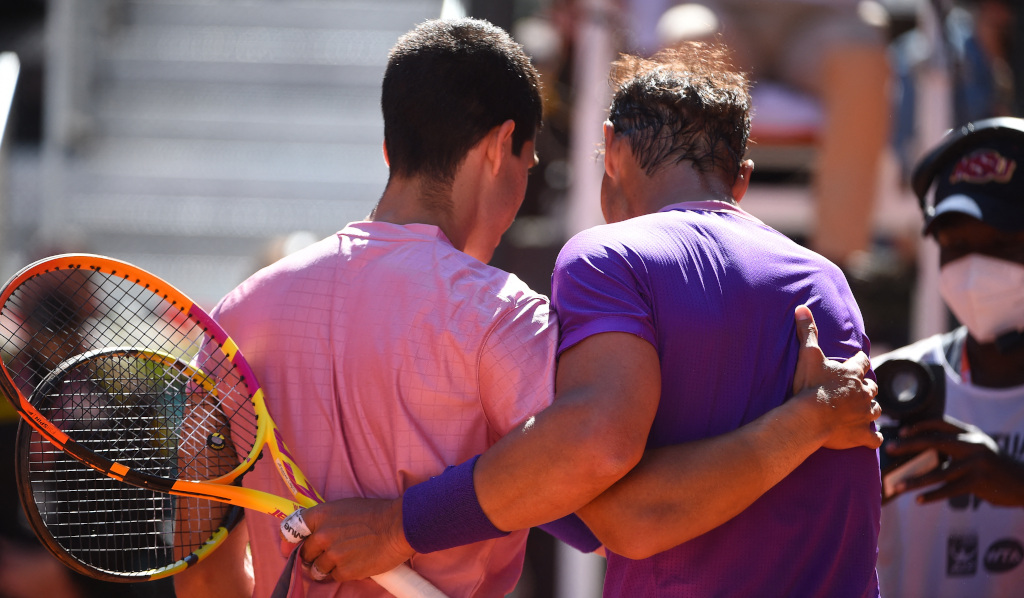 Carlos Alcaraz is confident that Rafael Nadal will be “competitive again” at the French Open, but he admits that it “hurts us all” to see the 21-time Grand Slam champion struggling with injury.

Nadal heads to Paris next week with an injury cloud hanging over him as his long-standing foot problem flared up again during the Italian Open.

The 13-time Roland Garros winner revealed after his defeat to Denis Shapovalov in Rome that “I’m not injured, I am a player living with an injury. That’s it.”

Despite his struggles, Nadal has made his way to the French capital for his favourite clay-court Grand Slam and will be in Thursday’s main draw.

Rising star Alcaraz, who beat his more esteemed compatriot in the quarter-final of the Madrid Open, admits it is painful to see Nadal suffer.

“Nobody likes to see Nadal like this, he is a reference for everyone and it hurts me to see him suffer while playing the sport he loves. It hurts us all,” he told EFE TV.

“I know he had a few days to recover and I believe that in Paris he will be competitive again.”

The teenager, who was named Murcia’s top sportsman for 2021 along with Moto3 world champion Pedro Acosta, also spoke about his own preparations for the French Open.

The 19-year-old has been made one of the Roland Garros favourites after winning four titles, including two ATP Masters 1000 trophies, ahead of the red dirt major.

“I’m preparing, training, getting my foot back and little by little I’m feeling better,” Alcaraz said.

“I go to Paris with confidence because I think I have a chance.”