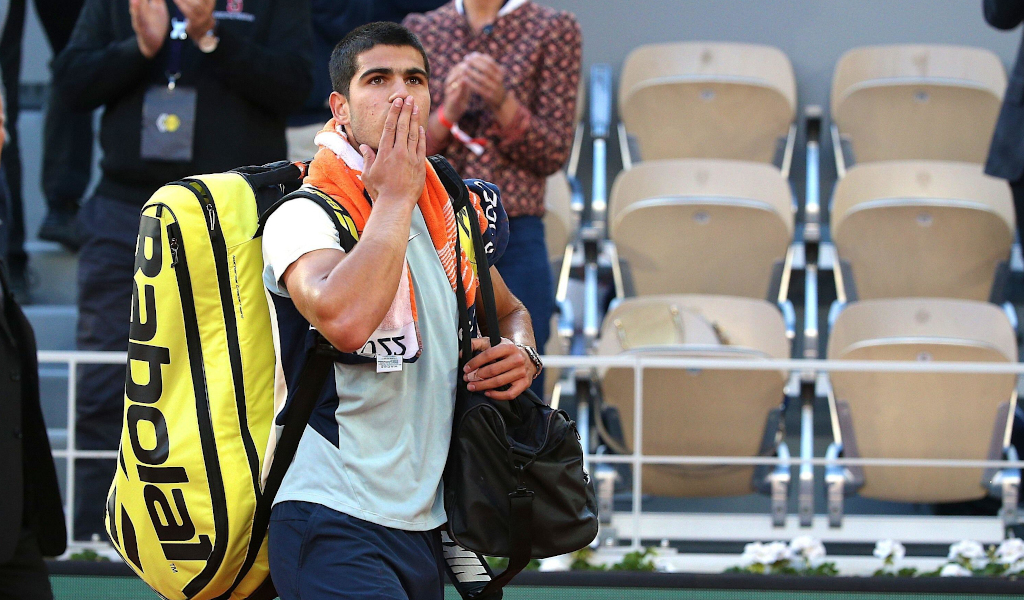 He came up short at this year’s French Open, but Carlos Alcaraz believes he has “the level and the confidence to win a Grand Slam”.

Alcaraz has made no secret of the fact that his ultimate goals in tennis are to win a major and to reach No 1 in the ATP Rankings, but his hopes of securing his maiden Slam at Roland Garros this year ended on Tuesday as he was beaten in the quarter-final by Alexander Zverev.

Having won four singles titles this year, including two on clay in the build-up to the red dirt major, the Spaniard was some people’s pre-tournament favourite.

Back in the final 4️⃣@AlexZverev defeats Carlos Alcaraz 6-4, 6-4, 4-6, 7-6(7) to advance to his second successive semi-final in Paris.#RolandGarros pic.twitter.com/dajAihyAOP

The 19-year-old admitted that his start was not good enough, but he is confident that he has what it takes to win a Grand Slam.

“I have to take the lessons [from] today. It was a tough match and close match,” he said. “I could say I didn’t start well, and in this level, quarter-final of a Grand Slam, you are playing against the best players in the world, so you have to start the match better than I did.

Alcaraz, who also reached the quarter-final of the US Open last year, came close to forcing a deciding set against Zverev as he had a set point on his own serve in the tie-breaker, but failed to capitilise.

“I am going try to take the positive things of the match, and of course the bad things that I did, to improve to the next matches or next tournaments or next Grand Slams,” he said. “I was close to a good match, close to a fifth set, and in the fifth set everything could happen. I’m going to take a lesson from this match.