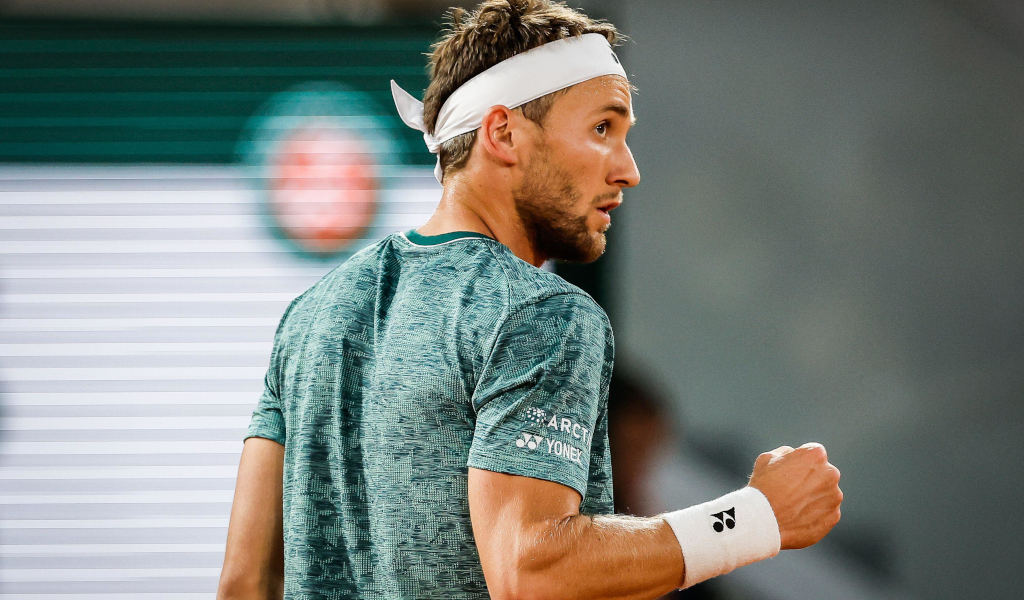 Casper Ruud has come out to respond to accusations of poor sportsmanship made by his French Open quarter-final opponent Holger Rune.

Ruud’s camp had already denied claims made by Rune shortly after his exit from the French Open.

Denmark’s Rune said that Ruud shouted in his face in the dressing room but the Norwegian had painted this as a fabrication.

“No, what he says is wrong,” Ruud told Eurosport in an exclusive interview. “What he says is really not what happened. We both were in the dressing room after the match, and it’s obviously a huge dressing room. There are many players, so we were just in our own part of the room all the time.

“I took an ice bath, ate some pizza and listened to music, before we went home. While Holger sat in his part of the dressing room.

“How he creates the story of me shouting ‘YES’ straight into his face is just a lie. It never happened. Its a big lie. It’s disappointing that he creates lies about me.

“For me it doesn’t matter if he thinks I am a player who doesn’t follow the fair play rules, that’s not really what matters.

“That’s his personal opinion, but to put out lies about me like this is not right. I really wish this is the last time he will do something like this.”

Ruud said that he wants to move on from the incident and prepare for his next match against Marin Cilic.

“I understand that some players are more emotional than others, and I am as well sometimes. He is obviously someone who plays with many emotions involved,” added Ruud.

“I am not surprised about that, but it’s a shame that he comes up with all these lies against me and my family.”

Rune had lost his temper on court during the loss to Ruud, appearing to shout at members of his team including his own mother.

The 19-year-old denies that he was ordering his mother to leave the stadium during his last eight loss.