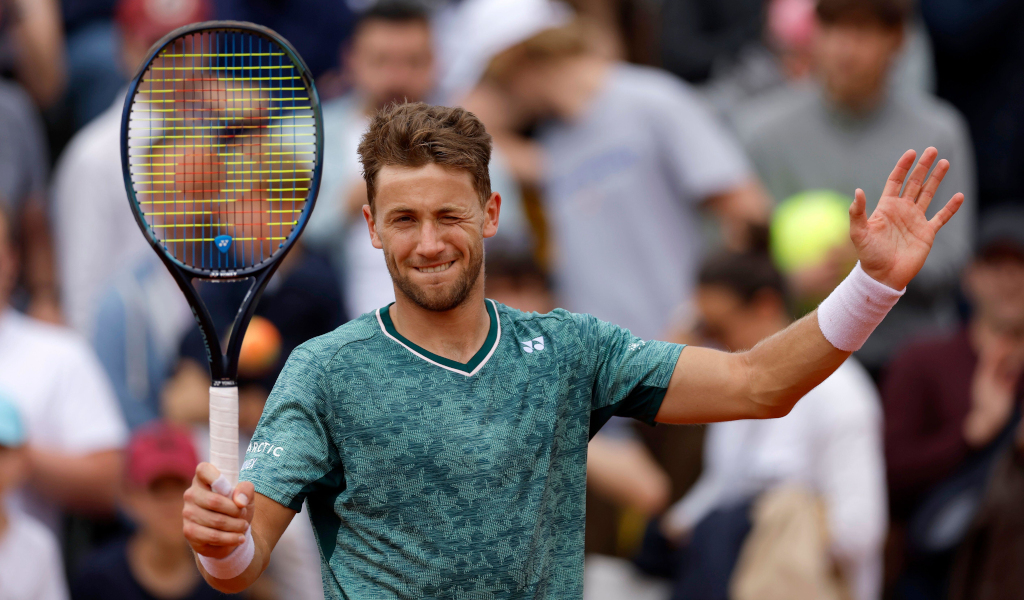 Casper Ruud broke new ground for Norway on Wednesday as he became the first tennis player from the country to reach the semi-final of a Grand Slam, defeating young gun Holger Rune to secure his place in the Roland Garros last four.

🎥 Catch up on the best moments of No.8 @CasperRuud98 's four-set semi-final win over Holger Rune tonight:#RolandGarros pic.twitter.com/yz0K0RI5z2

The eighth seed overwhelmed Rune in the opening set as he broke twice to open a 4-0 lead and also broke in the fifth game of the second set to lead 3-2, but the Dane finally found a rhythm as he broke back in game six and claimed another break in game 10 to make it one set each.

After trading breaks in the third set, Ruud dominated the tie-breaker before a break in game eight of the fourth set helped him over the line.

“A big day for Norwegian tennis,” the 23-year-old said after the match, “because we have also a female player — Ulrikke Eikeri — who made the final of mixed doubles. She is even one step further than me. She will play for probably her biggest title of her life tomorrow so I wish her luck.”

He added: “I will use tomorrow to prepare. These matches are the ones you are dreaming about playing.”

Ruud admitted that nerves played a part and his Scandinavian opponent’s “big shots” were always going to be problematic, but in the end he knew how to deal with it.

“Of course a lot of nerves all day to get going. It’s tough to find calm and peace,” he said. “I started great but Holger fought back and raised his level.”

“I had played him three times already, now fourth, I guess I know a little bit how he plays. He plays fearless, goes for big shots.”