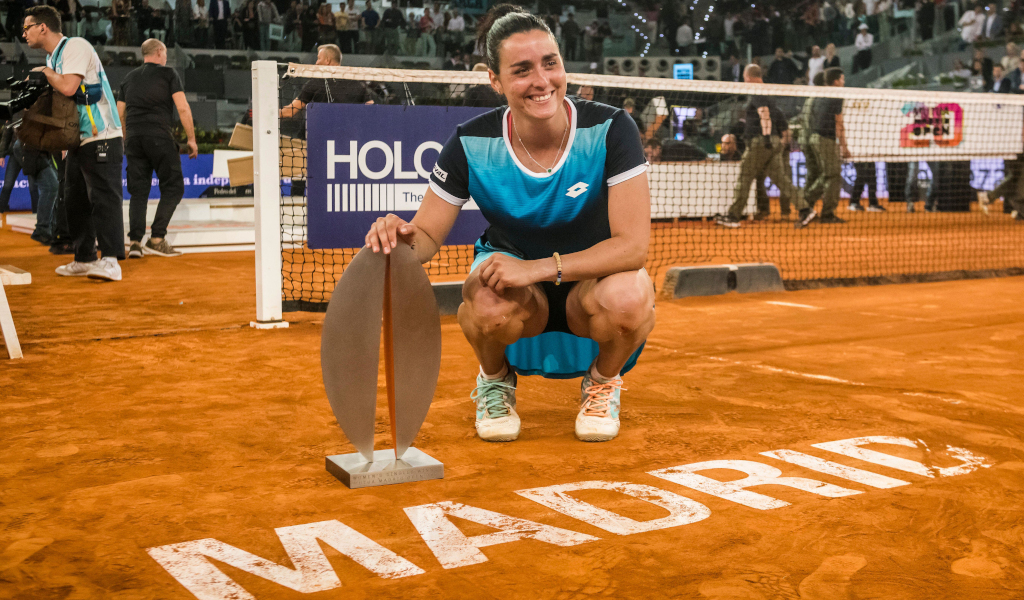 Ruud expressed his admiration for the game of Jabeur, who won her first WTA Masters title in Madrid earlier this month.

The World No 8 has been impressed by the variety in Jabeur’s game of late.

“It’s impressive to see Ons (Jabeur). She plays different from many other women,” Ruud said on the latest episode of Eurosport’s Ruud Talk podcast.

“She throws in a drop shot, has a good touch of the ball and can play fast winners. I was watching a little bit, couple of matches where she played before I would play in Rome”, he said.

Jabeur followed up her win in Madrid with a run to the final in Rome where she came unstuck against the in-form World No 1 Iga Swiatek.

Ruud believes that Swiatek is already firm favourite for player of the year following her 28 match unbeaten run.

“As we know, Swiatek she has won 28 matches in a row now, so it’s hard to argue that she maybe is not the player of the month or the year so far.”

Ruud believes that Jabeur and Swiatek will be top contenders for the French Open crown but says there could also be a big challenge from another player.

Simona Halep recently formed a new coaching partnership with Patrick Mouratoglou and has show signs of getting back to her best.

“Halep has teamed up with (Patrick) Mouratoglou – that could be an interesting relationship to follow. Some years back, when she was on the top of the world, I always enjoyed watching Simona Halep play tennis because I think she builds her points very well. She was very structured. She’s not a big hitter or the most powerful girl but she was number one in the world, winning Grand Slams because she did the right thing.”

Meanwhile reigning French Open champion Barbora Krejčíková has struggled for form and fitness all season long and starts as an outsider to defend her title.

Paula Badosa is another player with a title to their name this season that could put together a deep run in Paris.

Aryna Sabalenka has made plenty of finals this season but is yet to lift a trophy, though she remains a threat to the top players.