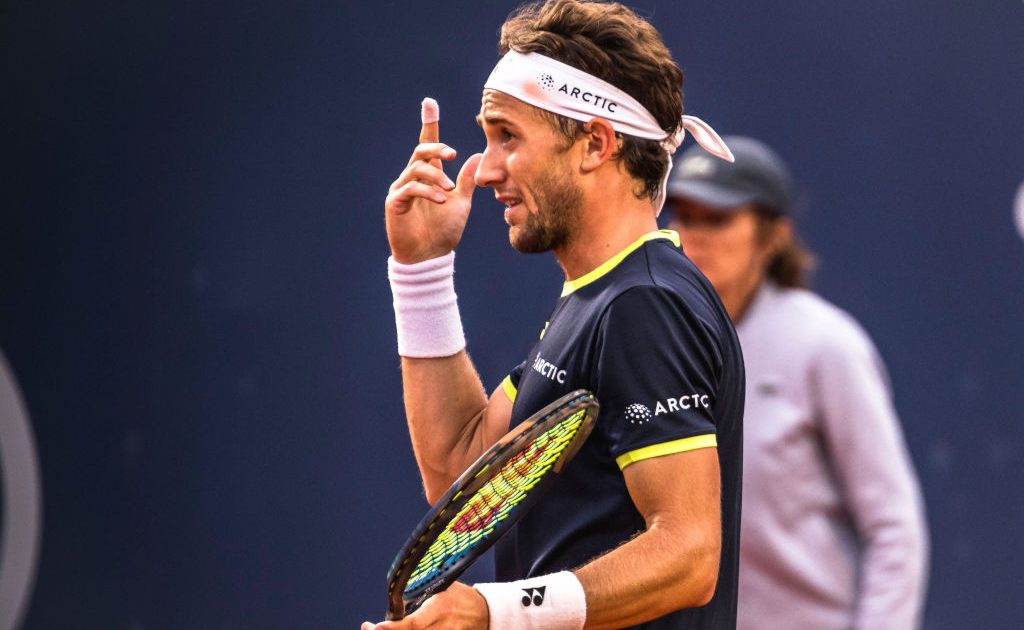 Casper Ruud has hit back at Holger Rune after the Dane accused him of shouting in his face in the locker room after their French Open quarter-final.

Rune was involved in ugly scenes on court when he appeared to order his own mother to leave the stadium.

The Dane later claimed that Ruud taunted him after the match.

Rune was reluctant to shake the Norwegian’s hand after the match.

“I didn’t want to give him a hug after the match. He got a high-five and then I just had to get away from him”, Rune told Danish daily Ekstra Bladet, explaining his post-match reaction.

Rune felt that Ruud crossed the line with a dressing room confrontation.

“He just went straight up to me and shouted ‘YEEEESSSS’ right up in my face,” Rune said.

“You can cheer on the court all you want and be happy. I do that myself when I win. But that’s such bad style. Have some respect”, Rune said of Casper Ruud.

🎥 Catch up on the best moments of No.8 @CasperRuud98 ‘s four-set semi-final win over Holger Rune tonight:#RolandGarros pic.twitter.com/yz0K0RI5z2

“I don’t know Holger personally, but I have seen on TV that sometimes there can be a lot of drama. He’s young and new, so that’s excusable, but when you’re on a big stage, it might be time to grow up a bit”, Ruud told Norwegian daily VG.

Rune admitted afterwards that he needs to control his emotions if he wants to find success on the ATP Tour.

“I put a lot of passion in my work because that’s how I am. I am proud of my development and I also see there are things yet to be better.”

“I didn’t find my level and it’s frustrating. Still, I should be able to find a way to win and this requires more emotional control. I am aware of this and will improve.”

Ruud will now go on to meet 2014 US Open champion Marin Cilic on Friday for a place in Sunday’s final.

In the other semi-final, Rafael Nadal will face Alexander Zverev.