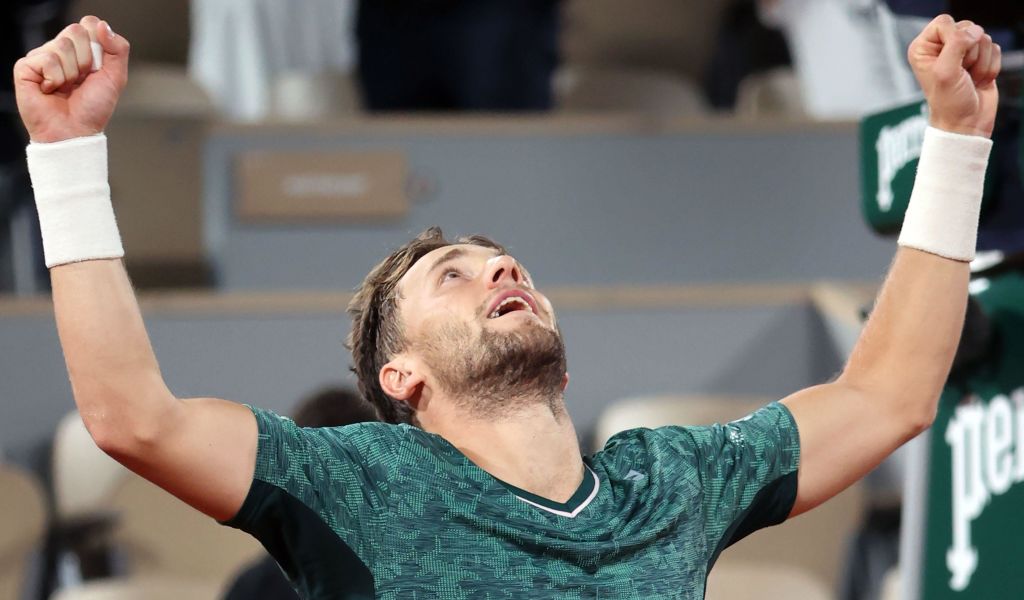 Casper Ruud dream fortnight in Paris continued as he reached a Grand Slam final for the first time in his career.

The 23-year-old made history as the first Norwegian man to reach the French Open last eight and is now through to the championship match after a 3-6, 6-4, 6-2, 6-2 victory against Marin Cilic in Friday’s semi-finals.

There was a long break in play in the second set after a protester invaded the court.

A woman with the words ‘we have 1028 days left’ tied herself to the net and play was suspended as she was removed and the court secured.

Ruud will face Rafael Nadal in the first-ever meeting between the players in Sunday’s final.

Nadal defeated Alexander Zverev after the German was forced to retire injured.

Cilic dictated play in the opening set and took the stanza off the back of two late breaks.

However, Ruud did not panic and found himself back in the game soon enough.

Cilic took charge with heavy ground strokes that enabled him to dominate the early rallies.

Ruud soon began generating some serious revolutions on the ball with his own ground strokes and Cilic had little answer.

The Norwegian star began to pull his opponent from pillar to post, finding the corners with heavy spin.

The story of the match is told in the winners vs unforced errors count for the two combatants.

Ruud struck three winners to five errors in the opening set but would go on to hit 16, 12, and 10 in the final three, keeping his error count in each.

Cilic produced a plus-four ratio in the opening two sets but a minus-nine mark in the last two.

After the semi-final victory, Ruud rises to No 6 in the ATP’s Live Rankings and is projected to reach a career-high in Monday’s update.

Cilic failed in his bid for a fourth Grand Slam final that would have made him just the fifth active player to notch an appearance in all four Major finals.