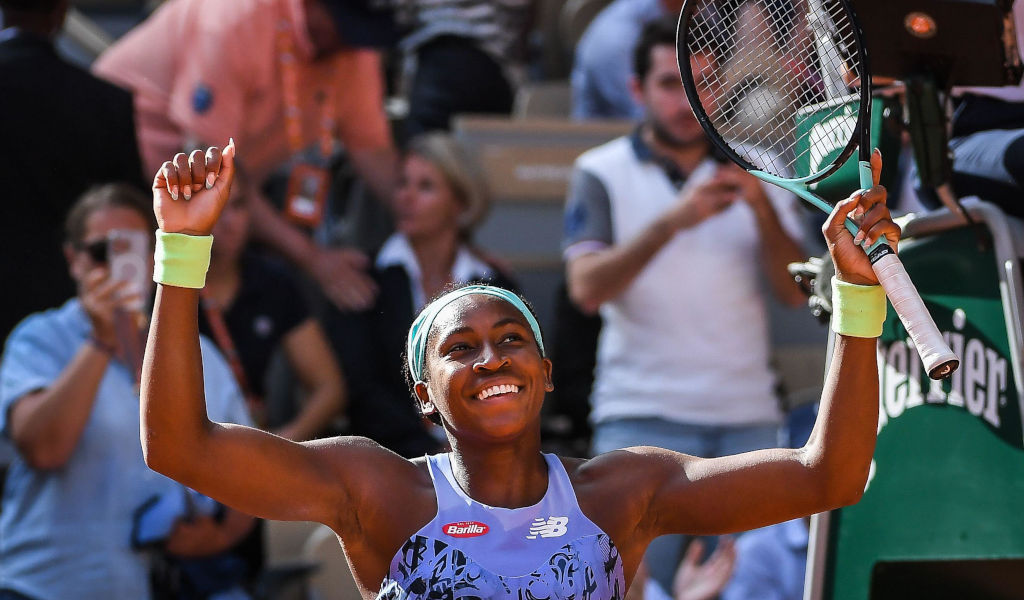 Coco Gauff managed to shut out the noise to reach her first grand slam final at the French Open.

The American teenager, who burst onto the scene at Wimbledon as a 15-year-old when she reached the fourth round in 2019, beat ear-splitting Italian Martina Trevisan 6-3 6-1.

It was a coming-of age performance from Gauff, now 18, who will face 20-year-old top seed Iga Swiatek in a fresh-faced final.

“I played Martina two years ago and lost to her so I know how difficult she is to play, especially on clay.”

Gauff, whose measured, mature and at times inspirational response to being interviewed this fortnight has been a feature of the tournament, wrote ‘peace, end gun violence now’ on the camera lens as she walked off court.

She added: “I’m in the mindset that I’m going to be happy regardless. Yes, it’s a grand slam final but there’s so many things going on in the world, especially in the US. I think it’s not important to stress over a tennis match.”

The biggest hindrance to Gauff seemed to be Trevisan’s distinctive post-shot moans, and in only the second game she complained to chair umpire Marijana Veljovic, saying “when I’m hitting it she’s still screaming”.

It had little effect on the din from the other side of the net but that, and the whistling from the Paris crowd when she disputed a line call, did not knock Gauff out of her stride.

Gauff’s victory, built on her speed and power allied to a misfiring Trevisan serve and an unforced error count of 36, means a high-calibre final has emerged from the wreckage of a women’s competition which saw nine of the top 10 seeds eliminated before the end of the first week.

Swiatek, the seemingly unstoppable world number one, awaits in what should be a fascinating encounter on Saturday afternoon.