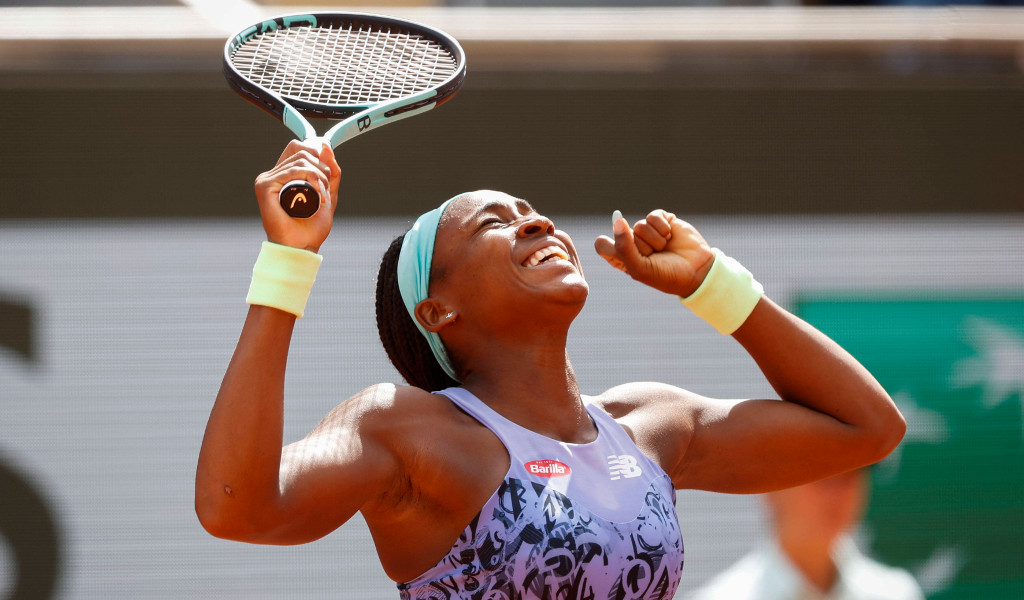 Gauff is in the last four of a grand slam for the first time after passing her latest test with flying colours against fellow American Sloane Stephens.

The 18-year-old graduated from high school while in Paris having successfully combined her studies with life on the WTA Tour.

And Gauff is now just two matches away from moving to the top of the class as a grand slam champion.

“Was graduating tougher? Yes because I know how hard it was to do school and play tennis on the road,” said the 18th seed after her 7-5 6-2 victory.

“Other players in general get out of sight with life and we think tennis is the most important thing in the world. It is not.

“So getting my high-school diploma meant a lot to me.”

Teenager @CocoGauff came out on top against fellow American Sloane Stephens in a hard-fought quarter-final:#RolandGarros pic.twitter.com/kQphuXxVva

Gauff was a quarter-finalist at Roland Garros last year, where she was beaten by eventual champion Barbora Krejcikova.

She went one better with an accomplished, mature display against the player who beat her at the US Open last year.

“Last time I played (Stephens) I lost so I’m glad today it went different. I told myself to stay mentally there, and that I know there would be shots that I should probably have made.

“And there would be some shots that she would get in the court that no players can reach. It was a mental challenge.”

It has been a tough journey for Trevisan, who is ranked 59 in the world and is named after Martina Navratilova, as she spent four years away from tennis to battle an eating disorder.

She said: “I’m happy on the court. I’m doing what I love. So my past is the past, and it helped me to be in the present, to be what I am right now.”