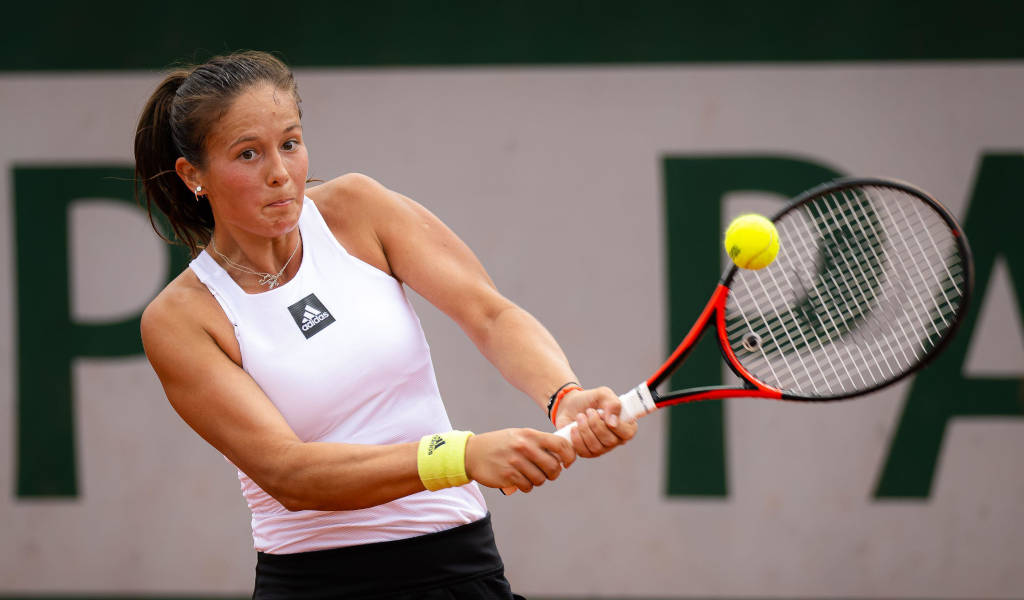 Daria Kasatkina downed compatriot Veronika Kudermetova 6-4, 7-6(5) at the French Open to reach the last four of Grand Slam for the first time.

Kasatkina improved her head-to-head against her close peer to 2-0, following up a 2021 win in St Petersburg with the biggest triumph of her career to date.

She had twice previously reached the last eight only to fall to Sloane Stephens in Paris four years ago and again to Angelique Kerber at Wimbledon a few weeks later.

Kasatkina had fallen just short of treaching the final in Rome two weeks ago, falling just short to Ons Jabeur,

She started the day with 22 match-wins on the season, fifth-best on tour.

Kudermetova meanwhile was right behind with 20 match-wins in 2022.

Kasatkina had only dropped only 14 games en route to the quarterfinals.

She had also prevailed over Kudermetova in their three meetings on the junior circuit between 2011 and 2013.

Kudermetova came out swinging and fired two aces in the first game.

Her power game led her to an early break.

However, Kasatkina got back into the contest as she found uncommon depth and pristine placement on her groundstrokes to pull back level.

When she broke for 5-4 after a rally forehand crosscourt winner the first set was in her hands.

Kasatkina needed to dig deep to grab a gritty hold in the following game and win the opening set.

In the second set Kasatkina broke for 2-1 on her fifth break point of that game. She held the advantage until going up 5-4.

When Kasatkina served for the match it became complicated as Kudermetova amped up her play, cracking returns off shorter serves to break for 5-5.

In the second-set tiebreak, Kasatkina drew errors to build a commanding 6-1 lead.

Kudermetova turned up her aggression, and she swatted away four straight match points. However, on the fifth match point, Kasatkina wrapped up a 26-stroke rally with a drop shot, which Kudermetova returned into the net.

Kasatkina was only able to convert five of her 17 break points, but that was enough to outpace Kudermetova, who broke serve four times.

Kudermetova had 22 more winners than Kasatkina, but her 50 unforced errors doubled Kasatkina’s tally of 25.

Kasatkina will face World No 1 Iga Swiatek in the French Open semi-finals.