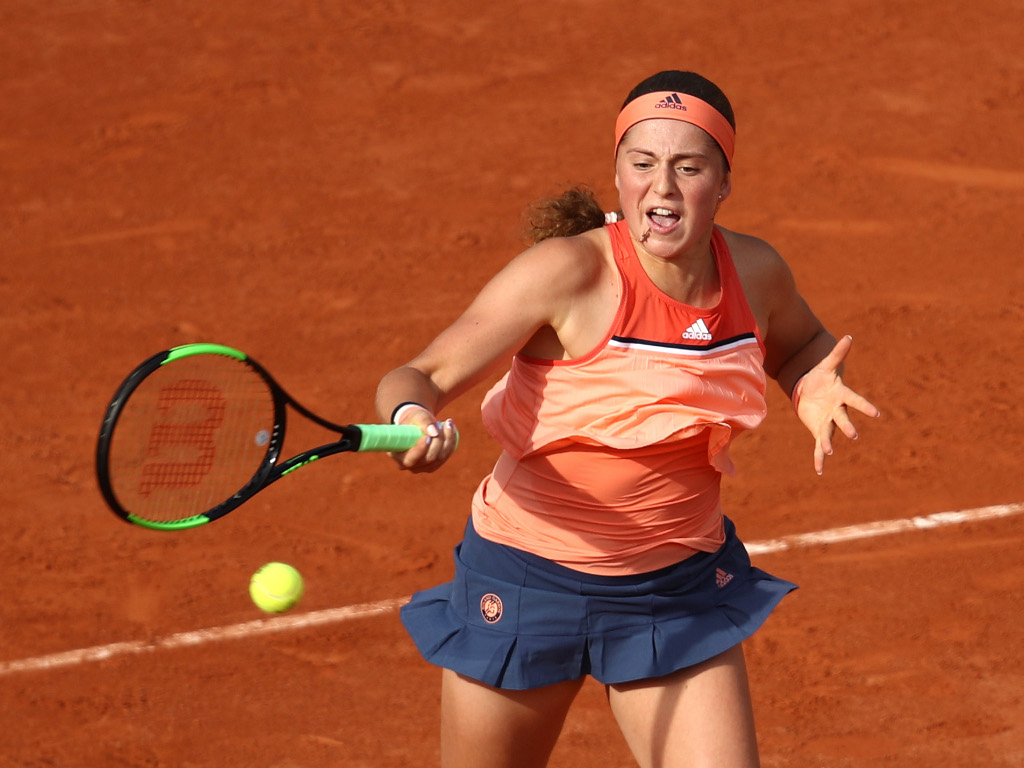 Jelena Ostapenko’s defence of her French Open title is over after she was beaten in the first round.

The 20-year-old, who became the first unseeded female to win the tournament last year, was suffered a 7-5, 6-3 defeat in just over 90 minutes at the hands of world No 66 Kateryna Kozlova.

The defending champ is stunned in straight sets by Kozlova.
She’s now 0-3 against the 66th ranked Ukrainian. pic.twitter.com/rmltnxARGc

Kozlova broke in the third game of the match and there were four consecutive breaks of serve from games eight to 11 before the Ukrainian served out the first set.

Both players again struggled to hold their serves in the second set with six breaks with Kozlova, who will face either Victoria Azarenka or Katerina Siniakova in the second round, breaking four times to take the match.

Fifth seed Venus Williams also exited on the opening day as she was knocked out by Wang Qiang with the Chinese player winning 6-4, 7-5 in one hour and 40 minutes.

Venus crashes out of #RG18

Wang started brilliantly as she broke in the opening game, but the American hit back immediately only to lose her serve again in game nine.

Williams, the 2002 Roland Garros runner-up, founder herself 3-0 up in the second set after a break in game two, but Wang secured breaks in games five and 11.

World No 91 Wang will take on Petra Martic of Croatia in the second round.

British No 1 Johanna Konta, the 22nd seed, was another early casualty as she was beaten 6-4, 6-3 by Yulia Putintseva.

However, US Open champion flew the flag for the seeds as she breezed into the next round with a 6-2, 6-0 win over Arantxa Rus from the Netherlands in just 49 minutes.

“Grand Slams are what everyone works for and I hope to have a good result here and play well here,” Stephens said after the match.

“It’s one of my favourite tournaments. So, yeah, I’m hoping for some good things, but definitely really ready, as you can see.”