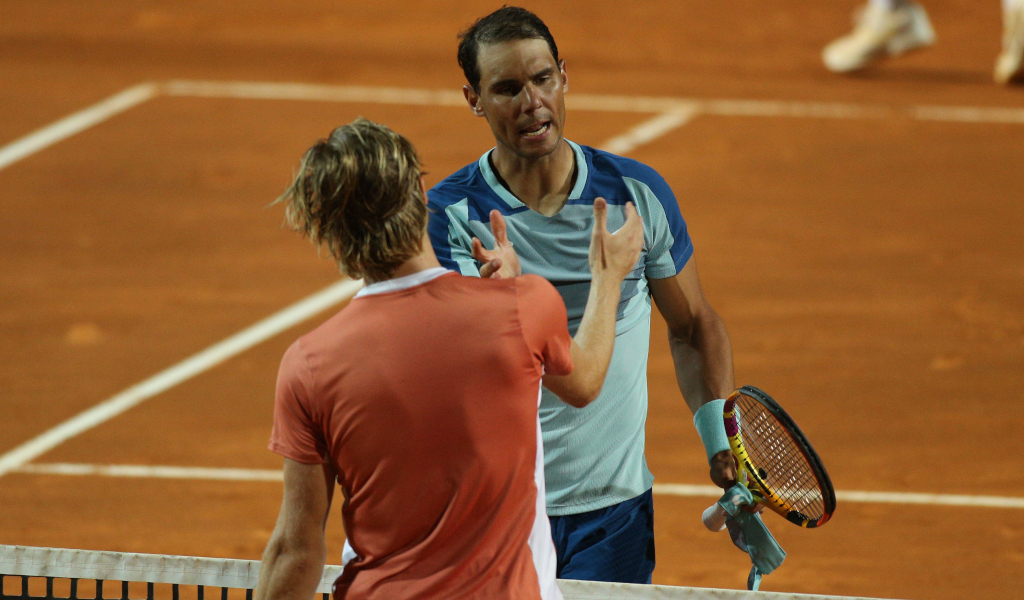 Denis Shapovalov defeated an ailing Rafael Nadal at the Italian Open, but he hopes that the 21-time Grand Slam recovers from his latest injury in time for the French Open.

Having only returned to action at the Madrid Open following a lengthy layoff due to a rib injury, there are now major question marks over Nadal’s fitness ahead of Roland Garros as his foot injury flared up again.

The defending Rome champion cruised early on as he dropped only one game in the opening set, but Shapovalov hit back to take it to a decider it was obvious during the third set that the Spaniard was struggling as he grimaced his way to the final point.

A difficult end to the night for @RafaelNadal in Rome…@InteBNLdItalia #ibi22 pic.twitter.com/4oOyTrYP4Q

The Canadian came away with the 1-6, 7-5, 6-2 victory for his second win in six matches against Nadal and shared his views about being at the other end of the net while the former world No 1 was struggling.

“I mean it’s obvious to see that something was going on, especially towards the end of the match,” the world No 16 said. “I’m sure he was trying to do a good job during the match not to show it but hopefully he’s okay, I know he’s been struggling with the rib a little bit. Hopefully he’s alright for French Open.”

He added: “Obviously I’m a huge fan of his, growing up I watched him play him so many times, growing up I wanted to play and behave like him so definitely super look up to him and hopefully he’s fit for the French.”

World No 10 Ruud won their only previous encounter in Geneva and Shapovalov explained why the Norwegian is so difficult to beat.

“Yeah Casper is extremely difficult, only played him one time in the finals of Geneva also on clay and he got the better of me,” Shapovalov said.

“He’s an opponent with almost no weaknesses so it’s gonna be another very challenging match for me but I’m just super excited to win today and have another day.”