WATCH: Novak Djokovic is already practising on clay ahead of French Open assault 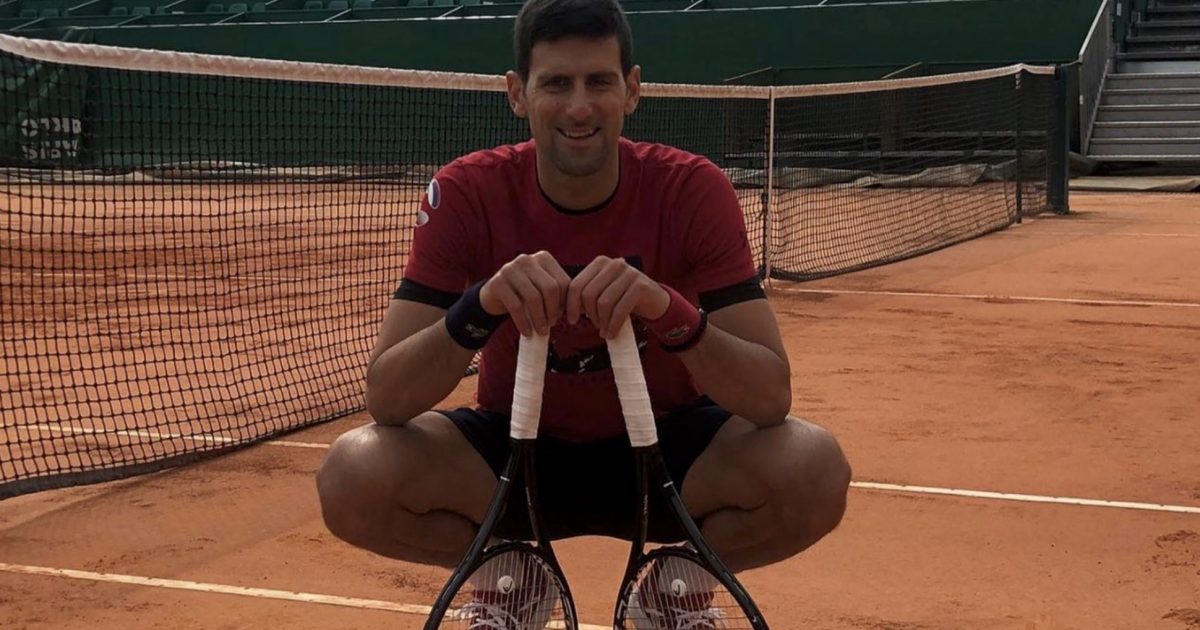 Novak Djokovic has opted to miss the upcoming Miami Open in Florida and he has already set his sights on challenging Rafael Nadal in the clay-court season.

The world No.1 suggested he was missing the first big Masters 1000 event of 2021 to “spend some precious time with family”, but it is clear he also has some time to fit in some practice ahead of his return to the court.

The Australian Open champion is eager to close in on Nadal and Roger Federer at the top of the list of Grand Slam champions, with Djokovic now just two titles behind his great rivals after claiming his 18th major in Melbourne last month.

He only has one French Open win on his record and he is clearly keen to give himself the best chance possible to add to that tally at Roland Garros, as he posted this message to his fans on social media.

“Spring time means clay court time. Time to get those white socks dirty,” he declared, while also posting a video showing sweeping the clay court he was practising on.

His fans will be encouraged by Djokovic’s return to the court, as he suggested he would need some time away after picking up an injury en-route to his Australian Open success.

Yet it appears he is in good shape ahead of the clay court season that will culminate with the French Open, which is due to get underway in Paris on May 17th.