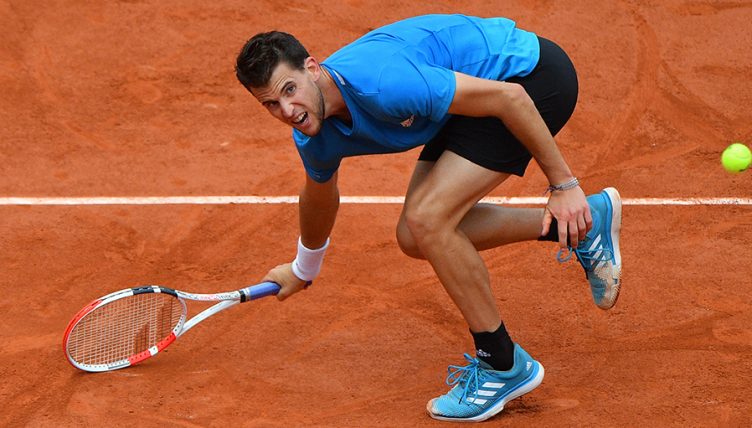 Dominic Thiem did not want to blame tiredness for his French Open final defeat to Rafael Nadal, but he does believe it was at least a factor.

Thiem lost to the Spaniard in the final for the second year running at Roland Garros to leave him still awaiting his forst Grand Slam career title.

However, the big talking point after the match was the scheduling of the match, with Nadal given an entire day’s rest after his semi-final while the weather forced Thiem to play through what should have been his rest day.

“[Beating Djokovic] was one of my biggest victories in my career, for sure,” Thiem said after the match.

“That’s a unique and also brutal thing, I guess, in our sport, in tennis, that I won six amazing matches. I beat one of the biggest legends of our game.

“Not even 24 hours later, I have to step on court against another amazing legend of our game, against the best clay-court player of all time.

“That also shows how difficult nowadays it is to win a Grand Slam.

“I was feeling so happy [after beating Djokovic], with such a good win, and today, of course I lost.

“I failed to make my biggest dream in my tennis life come true, so I don’t feel that good like yesterday.”

There was some suggestions leading up to the final that it could be put back to the Monday to allow Thiem time to rest, but that never appeared to be under any serious consideration by tournament chiefs.

However, Thiem says his defeat was not entirely down to fatigue.

“I mean, it was a Grand Slam final, so I didn’t feel tired in the match,” he added.

“But at the same time, beating Novak over two days with all the interruption, it leaves traces on the body and also on the mind. That’s 100%.

“The beginning was unbelievable intense of the match. And I dropped a little bit towards the end of the first set.

“Then I played the way I should play in the second set, very aggressive.

“I dropped a little bit my level. I mean, then Rafa, who won this tournament 12 times, he stepped on me.