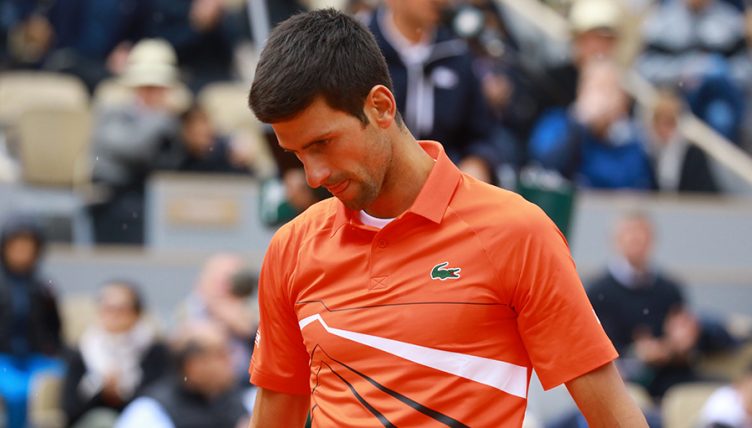 Novak Djokovic’s bid to hold all Grand Slams at once came to a crushing end in the French Open semi-final at the hands of Dominic Thiem.

Djokovic, the reigning Wimbledon, US Open, and Australian Open champion came into the match with Thiem riding a 26-game winning streak in majors.

However, in a match that spanned 24 hours due to repeated rain delays, Djokovic was both out-battled and outplayed by Thiem, who has reached his second consecutive French Open final.

It was Thiem who started the better, even if it was a day earlier, and he won the first set before Djokovic battled back to win the second.

That was the situation overnight, as rain – or at least the threat of rain – saw play abandoned.

They resumed on Saturday, though, and once again shared the opening two sets of the day to set up a thrilling finale.

Thiem was always in charge in the decider, though, with his own nerves the greatest obstacle as they allowed Djokovic to repeatedly fight back.