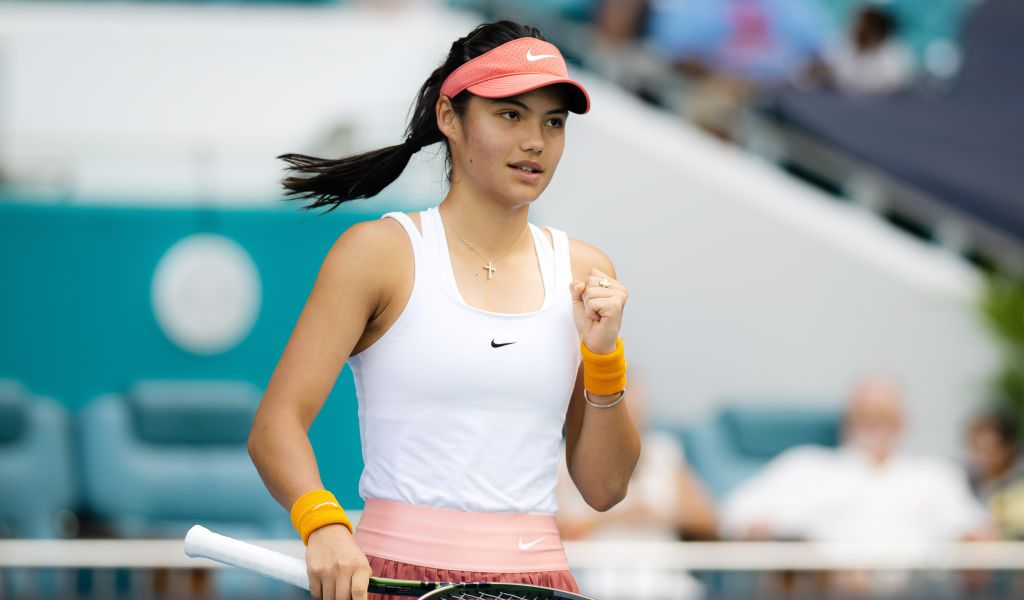 Emma Raducanu is preparing to make her debut at the French Open and she is heading into the event in Paris with the backing of a former British No 1 propelling her ambitions.

Raducanu has faced a challenging year as she has attempted to find her feet on the WTA Tour after a breakthrough run to the fourth round of Wimbledon was backed up by her remarkable US Open win.

Now Annabel Croft has backed teenager Raducanu to defy some of her doubters this summer by enjoying success at Roland Garros and then in front of her home crowd at Wimbledon.

Speaking exclusively to Tennis365 in her role as a Game4Padel ambassador, Croft suggests Raducanu has already proved she can compete at the top of the game since her US Open win and now she is hoping for more at the French Open and then on home soil at The Championships.

“I think she might surprise people,” Croft told us. “She is a big match player on the big stage. “It is going to be difficult to cope with all the tension and pressure this summer, but she copes with it very well.

“She has not done too badly so far. She has lost some tight matches, but she has got through to some quarter-finals and it is tough for her with a target on her back, but she handles it so well.

“Everyone thinks it’s going to be tough for her, but I think she could cause a few surprises.”

Raducanu has become the focus of media attention in recent months after her heroics at the US Open and Croft experienced a similar burst of publicity at the start of her career, with off-court pressures adding to tension on it.

“It is hard,” she added. “It depends on your personality how you cope with it and I don’t think I did cope with it very well, but I think she [Raducanu] does cope with it.

“She is so strong technically. When you have very few weakness that can break down, she can walk onto court and everything it quite natural for her. That is a huge bonus.

“She also moves so beautifully. Everything she does looks so effortless and stylish, she is a beautiful player to watch.”

Croft was speaking to Tennis365 her role as a Game4Padel ambassador and she is relishing the chance to develop her own skills in a new sport.

“Padel is great fun,” added Croft. “I am still getting used to hitting the ball off the back wall, but everyone who tries padel for the first time comes off court with a smile on their face.

“It certainly feels like there is real momentum behind padel now and it will be fascinating to see where it goes in the UK over the next few months and years.”