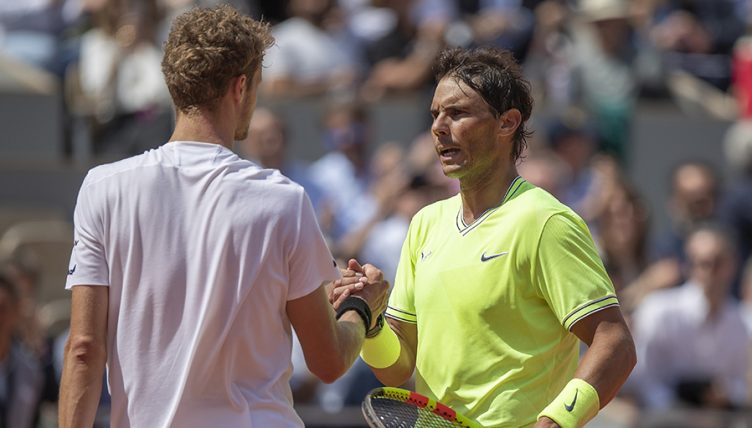 Nadal won at a canter to extend his incredible French Open record to 87-2 on Monday, but it was certainly an experience Hanfmann won’t forget.

One of Nadal’s greatest weapons on clay is the incredible spin he generates on the ball, so what was it like facing those?

“That was kind of cool,” Hanfmann said. “It just comes off the ground really fast and high, fast high balls.

“You think you’re set up for it, with the backhand or forehand or whatever, but then you’re still on the back foot and maybe mishit it a little because it’s very spinny.”

“You just feel like, ‘OK, here I played a great shot,’ but then there’s a great answer from him.”

Hanfmann was indebted to Nadal for saving him some social media embarrassment before the game started, when he extended his hand to the Spaniard prior to the match started rather than after, as is traditional.

“That was weird. I don’t know what I was doing, to be honest. I was a bit out of it there,” Hanfmann said.

“I saw him shaking this kid’s hand and the ref’s hand and I then stuck out my hand. I don’t know why.”