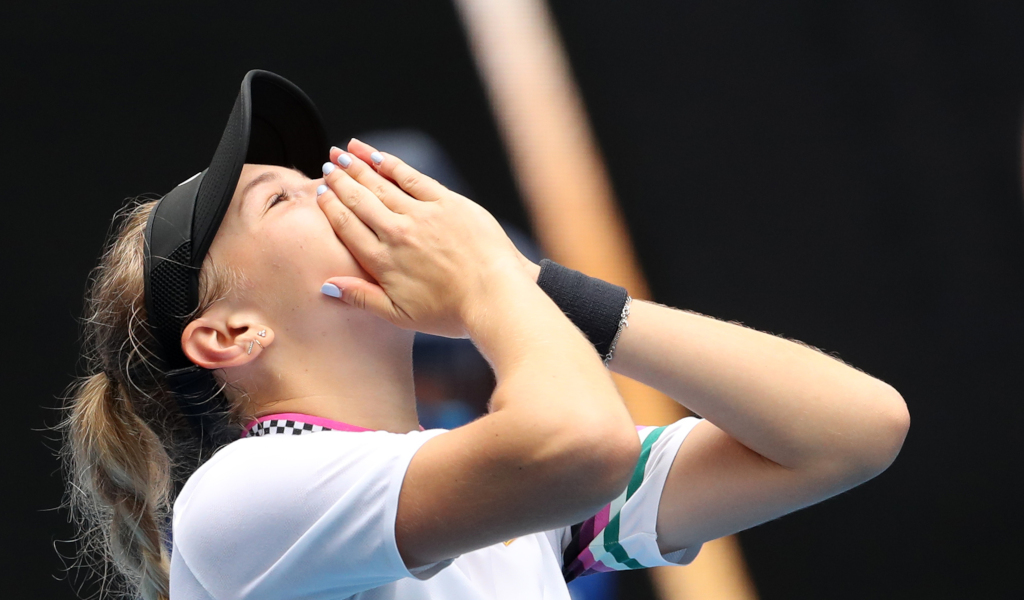 The incredible French Open adventure of Amanda Anisimova continues after the teenager produced another brilliant display to end Simona Halep’s reign as champion.

Having won the 2016 Junior French Open singles title, the American has been tipped for great things, but no one quite expected her to reach the semi-final at Roland Garros.

Yet that is exactly where she finds herself after a 6-2, 6-4 victory over the defending champion in one hour and 10 minutes.

The 17-year-old put her power game and backhand to good use as she overpowered Halep in the first set, breaking in games six and eight.

Anisimova ended up winning nine games in a row as she opened a 3-0 lead in the second set, but the Romanian started knocking on the door and after initially falling short, the third seed eventually got the break back in game seven.

There were signs of nerves from the American, but she fashioned a match point in game 10 and made no mistake.

She will face Ashleigh Barty for a place in the final after the eighth seed eased past Madison Keys, winning 6-3, 7-5 to reach her maiden Grand Slam semi-final.

It went according to serve until the eighth game of the first set when Barty made the most of the first break-point opportunity of the match before serving it out in the next game.

The Australian then broke the Keys serve in game seven of the second set only to lose her own serve in game 10, but she hit back in the next game to all but seal the deal.

The result means all Roland Garros will have three players in their first major semi-final as the other last-eight clash will see British No 1 Johanna Konta (third Grand Slam semi-final) take on Marketa Vondrousova.