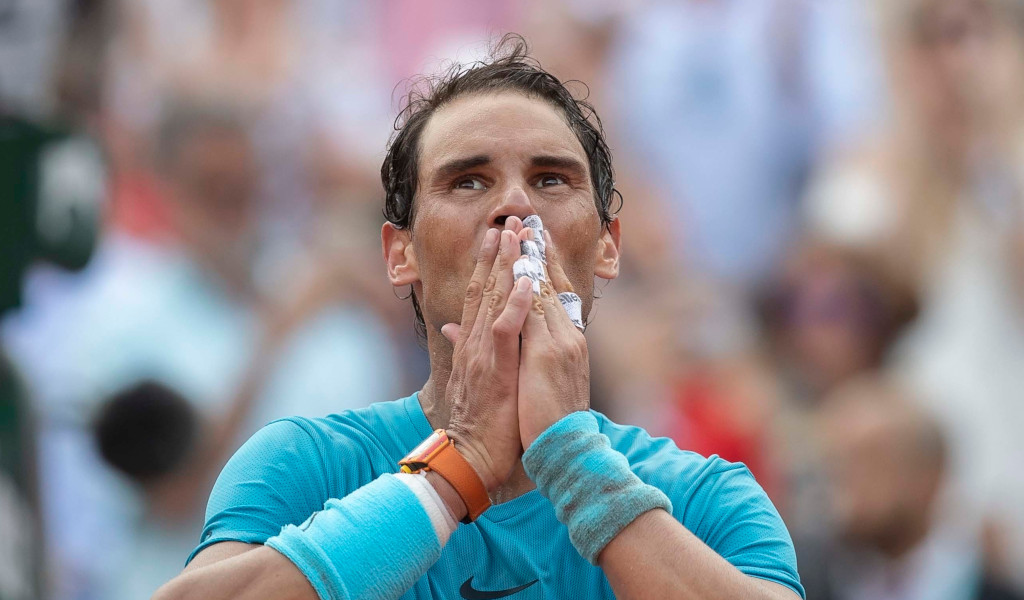 In the build up to the second Grand Slam of the year,Tennis365 writers Shahida Jacobs, Michael Graham, Kevin Palmer and James Spencer stick their necks out to predict who will walk away with the men’s and women’s trophies at Roland Garros and who will cause a surprise or two.

Shahida Jacobs:
My heart says we’ll have a first-time men’s winner at Roland Garros with someone like Stefanos Tsitsipas finally making the breakthrough, but my head just can’t look past Rafael Nadal after his display in the Rome final. The defeats in Monte-Carlo, Barcelona and Madrid were mere blips. 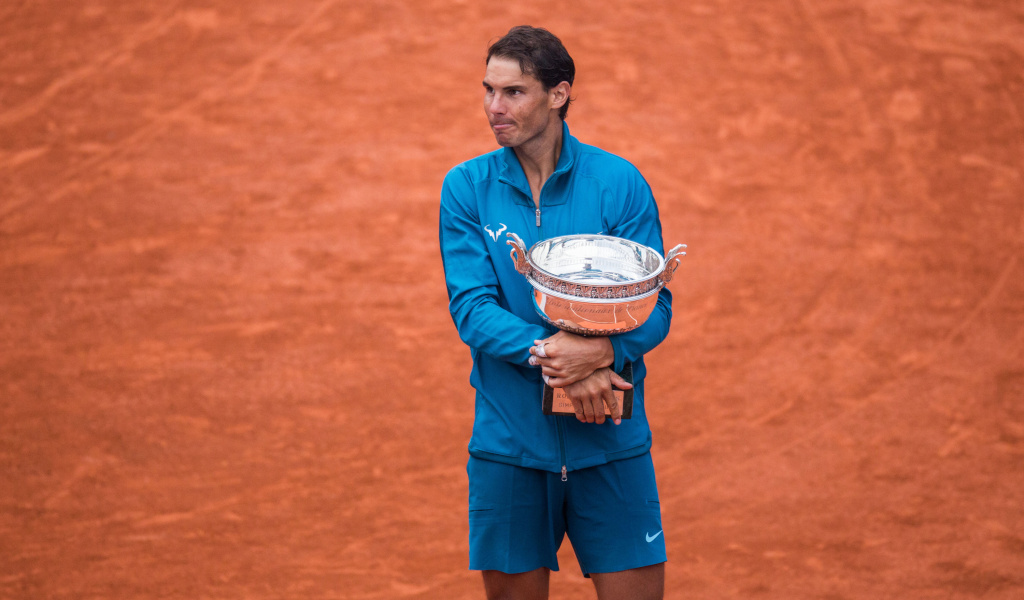 Unfortunately I can see Roger Federer falling quite early at Roland Garros this year, while Dominic Thiem will also not go as deep as one would expect.

As for the young stars like Tsitsipas, it is one thing to beat a Novak Djokovic in a semi-final, but a completely different story following that up with another win over a Nadal in the next match.

In the women’s game it is anyone’s guess as none of the big names have looked unbeatable so far on the clay. Kiki Bertens has been the most consistent so that’s my tip, but Belinda Bencic can cause some serious damage against some of the other big names.

Michael Graham:
How can you possibly look past Rafael Nadal to win the men’s singles at Roland Garros? He’s done it many times before, often without so much as dropping a set.

Even when Nadal has been at his most ‘vulnerable’ on clay this year, he’s still reached semi-finals. That proves he’s certainly beatable on the red dirt, and he can be tested. The real question though is whether anyone can beat him on clay right now over five sets. Novak Djokovic can on a good day, and Dominic Thiem probably can on a great day, but the overwhelming odds suggest neither will.

In the women’s competition, Simona Halep will rightly fancy her chances to retain her title, but history doesn’t really favour her here given all but three women have failed to successfully defend at Roland Garros.

For me, it could come down to Karolina Pliskova or Kiki Bertens. Pliskova recently won in Rome and gets good action on her kicker serve on clay, so must be considered a strong contender.

I’m going to go with Bertens, though. The Dutchwoman is strongest on clay and is quietly making some serious inroads in the rankings right now. She has all the hallmarks of being primed for a breakout tournament and this could well be it.

It’s hard to predict surprises as if you could predict them they won’t be a surprise! I think Daniil Medvedev will have a good tournament though. He’s capable of slugging it out with anyone on clay and with a bit of luck he could upset some of the favourites.

Kevin Palmer:
I have had a small bet on Roger Federer each way at 25/1 and while I don’t expect the great man to win his second French Open this year, the prospect of getting to the semi-finals is realistic and then he will probably have to find a way past his old nemesis Rafael Nadal. That is unlikely to happen, with another epic final between Nadal and Novak Djokovic the likely outcome two weeks from now. However, Djokovic has thrown in some unexpectedly lacklustre performances in recent months and he could run into trouble if he meets Juan Martin del Potro or Dominic Thiem at Roland Garros.

Simona Halep is the bookies favourite to hang on to her French Open crown, but the unpredictable nature of the WTA Tour in 2019 means the battle for the big prize at Ronald Garros is impossible to call. Karolina Pliskova was impressive in her victory at the Italian Open last week, but the game’s top players have struggled to find consistent winning form and that could open up the prospect of a surprise winner emerging. Look out for Kiki Bertens to make her mark after some impressive performances on the red clay in recent weeks.

As for the dark horses, Alexander Zverev squeezed in an extra tournament in Geneva in a bid to find his form, but he is standing too far behind the baseline to impose himself of his opponents and he could be a candidate for an early exit. Stefanos Tsitsipas is the man to watch in Paris and if he brings his A-game when it matters most, he could challenge the top players.

In the women’s draw, the odds of 16/1 attached to Serena Williams have to be attractive for those looking for a decent outside bet. Clay may not be her best surface and she arrives in Paris without many games under her belt in recent months, but the greats find a way to win and that could give her a chance of a lengthy run into the second week.

James Spencer:
The depth of the men’s game may be strong but I can’t see anyone new breaking the mould of Roger Federer, Rafael Nadal and Novak Djokovic at the Grand Slams anytime soon.

Having won the Italian Open last week and securing a first title in nine months, I believe this is just the kind of confidence boost Nadal has been searching for. This is bad news for his rivals though, particularly Federer and Djokovic who both harbour hopes of only a second French Open crown, such is Nadal’s dominance.

We all know a fully fit and confidence soaring Nadal is no match for anyone on clay. But even in his present state, the aura the Spaniard has at the French Open and over five sets, beating him on clay is one of the hardest tasks in our sport. I believe the Spaniard will be too strong and ultimately claim an unprecedented 12th French Open crown. 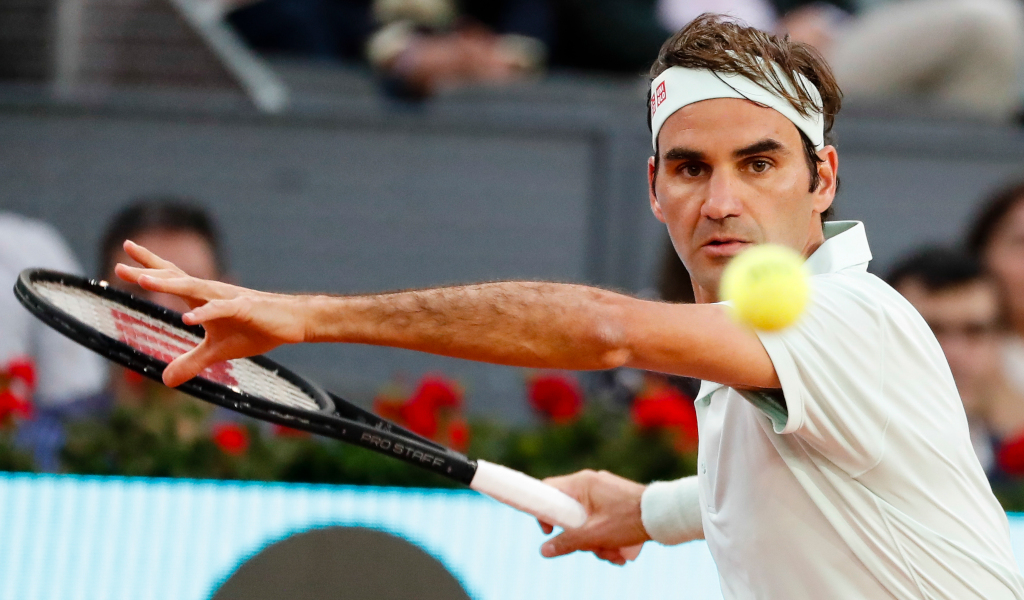 I believe youngsters Stefanos Tsitsipas and Felix Auger-Aliassime can go deep in this tournament. I’m looking forward to seeing what the young generation has up its sleeve and hoping for a surprise or two along the way.

The women’s is so delicately poised. My gut feeling is we will have another first-time Grand Slam champion. I’m thinking maybe young 18-year-old Canadian Bianca Andreescu has what it takes to win the French Open or at least one of the Slams, having triumphed earlier in the year at Indian Wells. She has enormous potential. However, I believe a first-time Slam winner from Karolina Pliskova, Johanna Konta or Elina Svitolina could be a possibility.