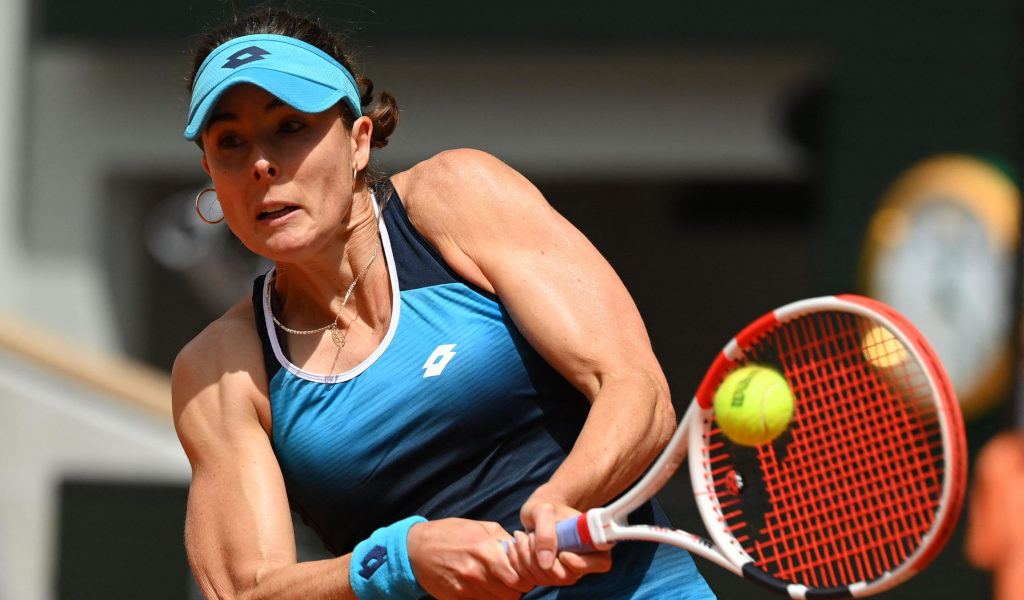 The French Open crowd have been a fickle bunch so far in 2022 quickly taking a dislike to player actions and letting them know about it.

In a more bizarre incident than usual, the French crowd turned on Alize Cornet on Saturday.

She came into the match injured and Cornet wore heavy strapping on both thighs.

Cornet lost nine straight games to Qinwen Zheng before retiring hurt from their third round meeting.

The French player was clearly hampered by an injury and not at her best.

It was a terrible shame that Cornet’s tournament ended in such fashion but the crowd reaction likely didn’t help her.

Alize Cornet retires from the match

Eurosport commentators Jo Durie and Simon Reed were appalled by the reaction.

Zheng was obliterating an impaired Cornet, who only risked further injury if she attempted to hobble through the match.

“She said there is no point, she is just suffering, so I am not sure how much longer this is going to go on,” said Jo Durie on commentary for Eurosport.

“Come on, give the girl a break! Oh, come on, give her a cheer! No, she tried her best. You could see how hampered she was.

“She didn’t want to stop now, here on this court. It is a real shame because that could have been a very good match.”

Reed added: “Well, the crowd are booing, but really? It is a nonsense to boo her.

“She gave them one of the times of their lives the other night. Now she is paying a price for it.”

Despite being bagled in the first set, it was early on when Cornet displayed the most fight.

However, after giving up to breaks of serve when she had game points to get on the board, the pain became a bit too much and a capitulation followed.

Zheng is set for a far tougher assignment next time out, when she will face World No 1 Iga Swiatek.

Swiatek extended her winning streak to 31 matches with a 6-3, 7-5 defeat of Montenegro’s Danka Kovinic in third round action on Saturday.