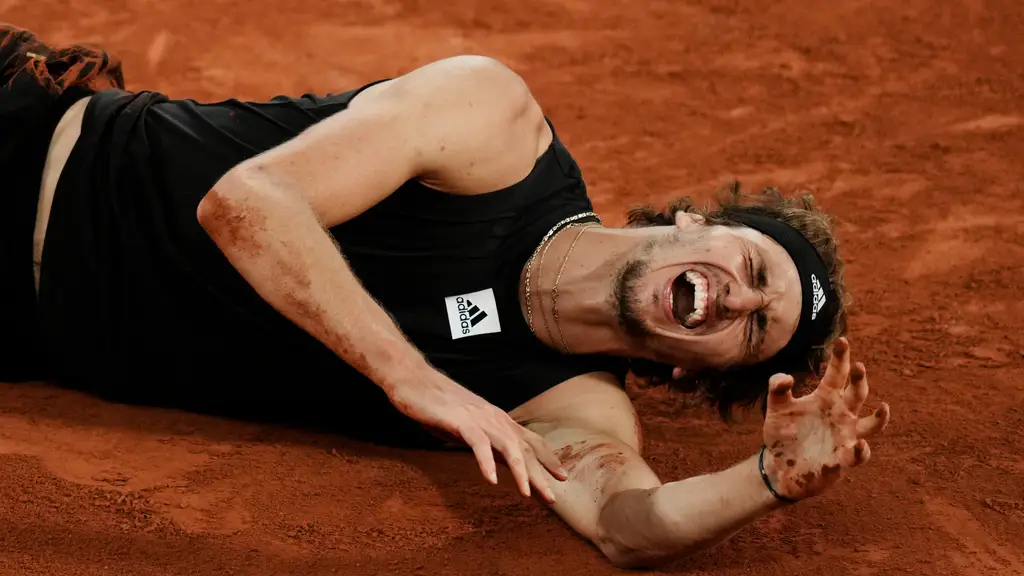 German third seed Zverev fell near the baseline and injured his ankle. He had to leave the court in a wheelchair and returned on crutches to say he could not continue.

Spaniard Nadal, who has won the previous 13 finals he has contested in Paris, will face Norwegian eighth seed Casper Ruud after his victory over Marin Cilic, which was interrupted by a protester.

Here we look back on an eventful day 12 at Roland Garros. 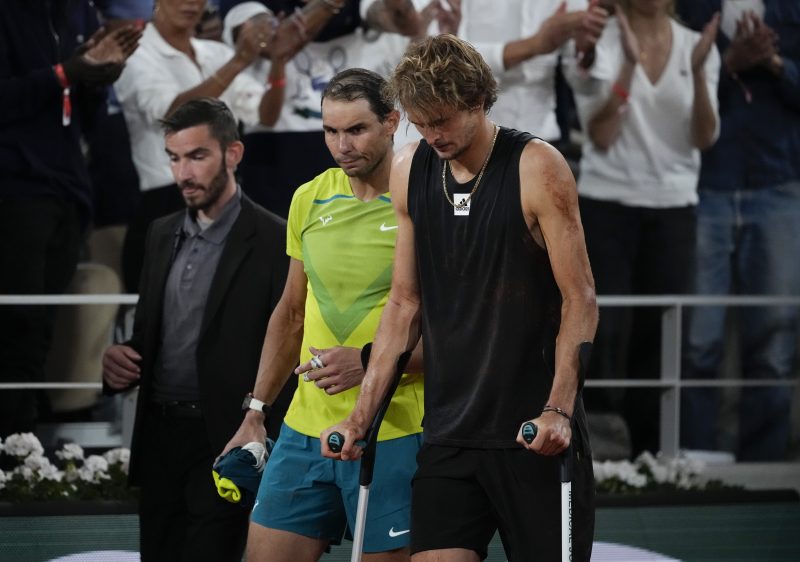 Even though it was curtailed prematurely, Nadal and Zverev had given us more than three hours of scintillating tennis. Nadal was a set up after coming from 6-2 down in the tie-break to win it 10-8 with some breathtaking shot-making. With the match about to enter a second tie-break it was anybody’s guess who would have prevailed – or how long it would have gone on for.

Catch of the day

He’s got it 🎾#RolandGarros pic.twitter.com/R4WVHgH3oH

Former Roland Garros champion Mats Wilander was on hand to help out the ball kids.

Nadal took the first set with a savage forehand down the line. 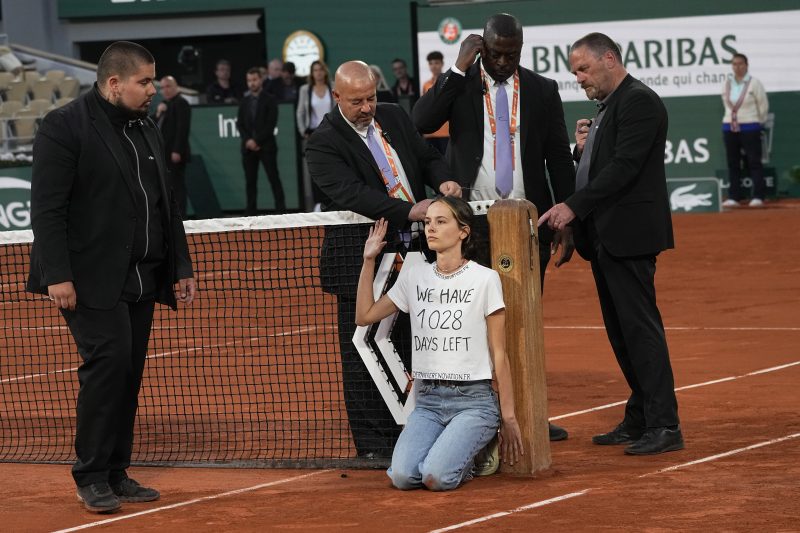 Going to be a busy weekend for Coco 😎

As if Coco Gauff does not have enough on her plate already, the women’s singles finalist also reached the final of the doubles after she and Jessica Pegula beat fellow Americans Marion Keyes and Taylor Townsend 6-4, 7-6.
They will meet French pair Caroline Garcia and Kristina Mladenovic on Sunday.

Alfie Hewett and Gordon Reid made up for their singles disappointment by reaching the men’s wheelchair doubles final again. The reigning champions will face Gustavo Fernandez and Shingo Kunieda in Saturday’s final as they bid for a third successive French Open title.

A women’s tournament which saw nine of the top 10 seeds eliminated before the end of the first week has still somehow managed to throw up a final full of star quality.