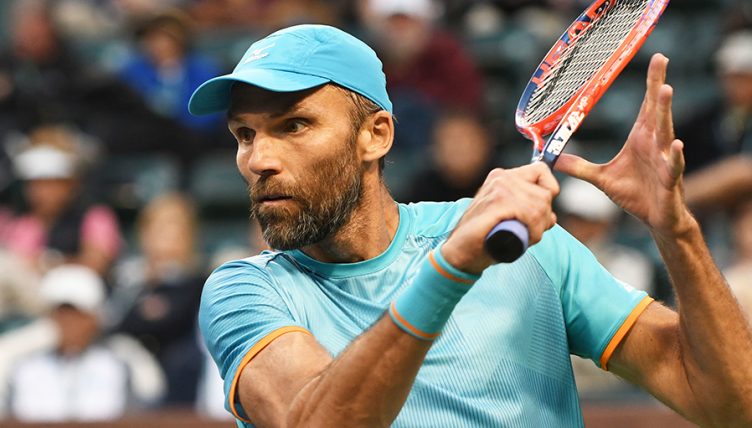 Ivo Karlovic has got his hands on a pair of records after he outlasted fellow veteran Feliciano Lopez to advance into round two.

Karlovic will also share a record with Lopez, as their combined age of 77 was the oldest in a Grand Slam match in the professional era.

“I was out for almost two months, so I am really happy that I was able to win today.”

Next up for Karlovic is Australian youngster Jordan Thompson, but he insists it doesn’t matter to him who he faces.

“Right now I’m just happy with any match that I win,” he added.

“Even if it’s against older guys or kids, whatever. I just like to win.”