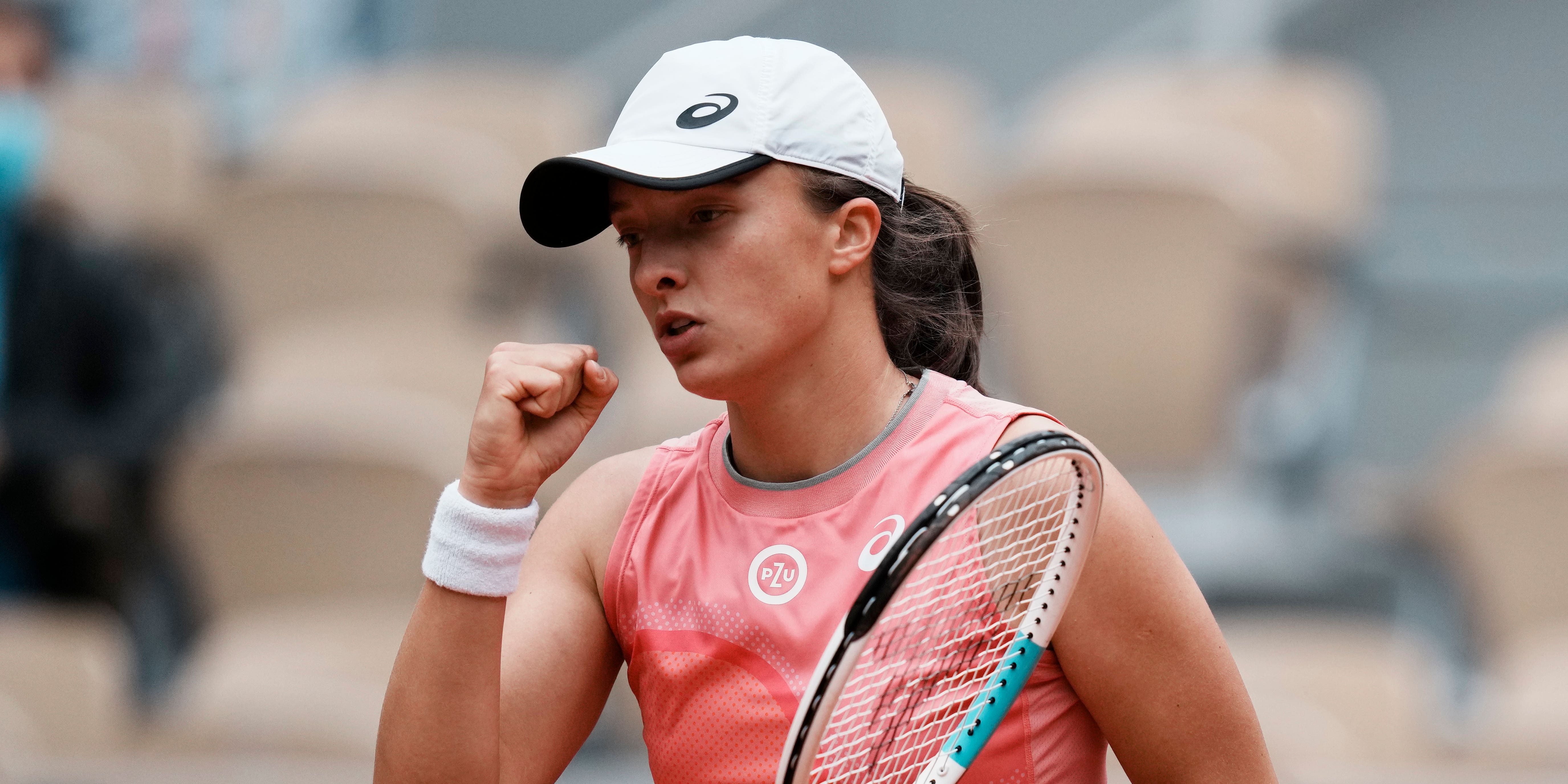 Iga Swiatek and Sofia Kenin kept the favourites’ flag flying with victories in the third round at Roland Garros.

The pair are two of only three top-10 seeds left in the women’s draw along with Serena Williams, and they could stage a repeat of last year’s final in the last eight.

Swiatek made it 10 straight victories and 20 consecutive sets won with a 7-6 (4) 6-0 success against Estonia’s Anett Kontaveit.

Swiatek recovers from a break down in the first to take the opening set 7-6(4) from Kontaveit. #RolandGarros pic.twitter.com/MgqjBhEX4p

Kontaveit came closer than anyone this year or last to taking a set from the young Pole, hitting 23 winners and only 11 unforced errors in the opener, yet still it was not enough.

Swiatek recovered from a break down to win it on a tie-break and swept through the second set to set up a clash with Ukrainian teenager Marta Kostyuk.

The eighth seed was happy to be given a challenge, saying: “For sure when you’re winning too easily sometimes you have thoughts that, ‘hey, if I’m leading 3-0 I’m going to win this set easily’, and you kind of take everything for granted.

“It’s good to have matches like that because it keeps you down to earth and you have to just be careful on every point and on every game. I’m just happy that I’m able to play really solid deciding balls and really solid in really important moments. That’s the most important thing for me.”

Kenin, who recently decided to split from her father Alex as her coach, arrived in Paris on a run of four straight defeats but has hit form again at Roland Garros.

The 22-year-old recovered from a set down against compatriot Jessica Pegula, who is having a terrific season, to win 4-6 6-1 6-4.

Kenin said: “Leading up it wasn’t maybe the best form. But of course I worked hard over the past few weeks and everything is clicking together, which I’m really happy about.

“I feel like my game is not, for example, how it was in the Australian Open 2020 when I won. But, in terms of how I’m playing now, compared to this whole year and since last year’s French Open, I feel like it’s some good tennis.

“I’m happy with the way I’m playing. Of course it gives me confidence. I’m finally not on a one-match winning streak. We’re getting there.”

Coco Gauff has been in tremendous form on the clay and the 17-year-old, who has now reached the last 16 at three of the four slams, was out on court for just 23 minutes, winning the first set against Jennifer Brady 6-1 before the Australian Open finalist retired with a foot injury.

Fifth seed Elina Svitolina was the latest big name to fall, the Ukrainian going down 6-3 6-2 to Czech Barbora Krejcikova, who won a WTA title in Strasbourg last weekend.

Sloane Stephens reached the final in Paris in 2018 and the American is looking strong again on the red stuff, beating 18th seed Karolina Muchova 6-3 7-5.

Stephens, who lost an aunt and two grandparents to coronavirus, said: “I took the time to get myself together, find what makes me happy on court, and kind of find my groove back. Obviously results didn’t happen right away, but I knew eventually things would connect.”