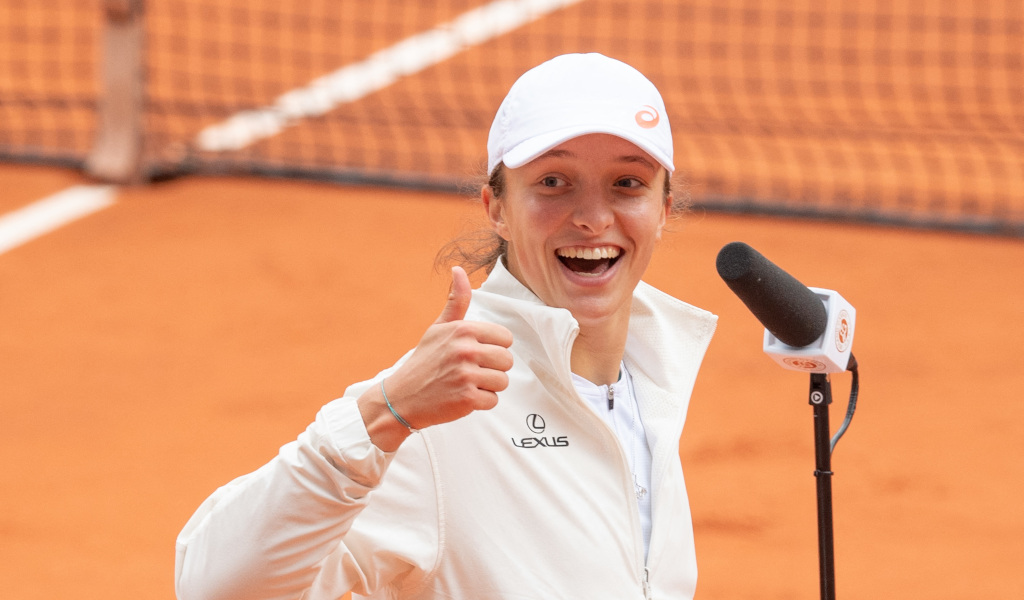 Iga Swiatek is the “heavy favourite” to win the French Open this year as she has the offence, defence, counter-punching and slide to be unbeatable on the surface, according to former world No 1 Chris Evert.

After announcing her arrival on the big stage by winning the title at Roland Garros in 2020, Swiatek had a bit of a dip in 2021, but she is now back to her best after winning three consecutive WTA 1000 tournaments.

The world No 1’s recent success, though, has been on hard courts, but the fact that she has always had the perfect game on the red dirt makes her the one to beat at the French Open.

Swiatek won the Italian Open on clay last year while she also finished runner-up alongside Bethanie Mattek-Sands at Roland Garros in 2020.

“I think she [Swiatek] is the heavy favourite for Roland-Garros, I think having that confidence that she’s won on red clay before is certainly going to help her,” 18-time Grand Slam winner Evert told Eurosport.

“Iga has proven that she’s a hard-court player, but her real strength in the beginning was on red clay and I think that as aggressive as she has become, she also can rely on the counter-punching and rely on the defence as well.

“Her fitness is phenomenal and she has to be the heavy favourite going into the French Open for sure, she’s had the experience, she’s gotten herself out of tough matches, she knows how good these players are.

“Ashleigh Barty is not playing any longer and Ash would have been one of the players to really threaten her because she’s won the French Open. I think she’s the heavy favourite.”