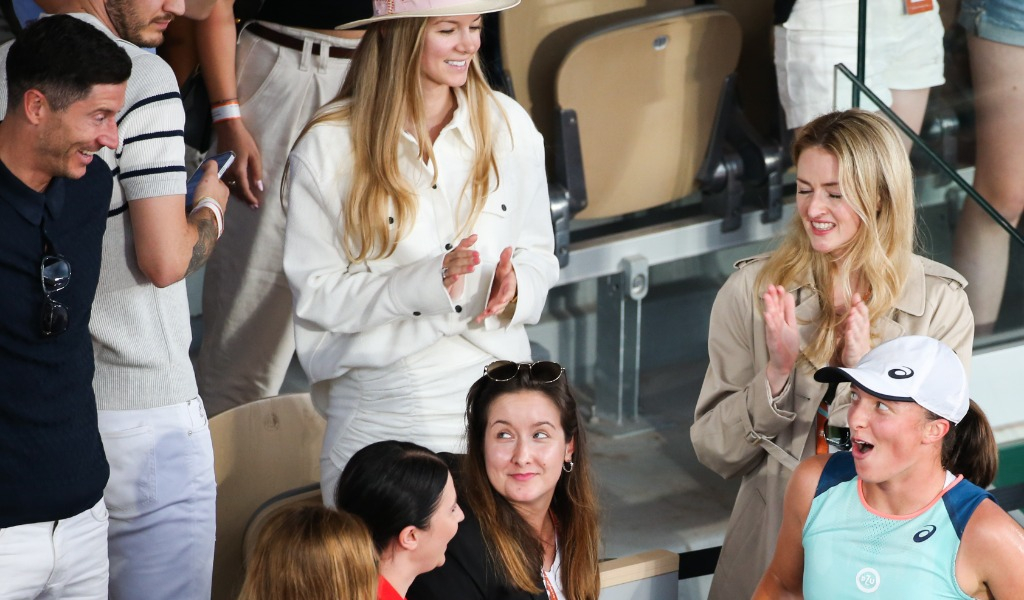 Iga Swiatek was crowned the winner of the French Open yesterday after seeing off American teenager Coco Gauff in the final of the tournament and increased her run of consecutive wins to 35 – beating Serena Williams’ record of 34.

Even though she was the big favourite to win and had members of the crowd on her side, cheering her to glory, there was one court side supporter who shocked the 21-year-old when they came face-to-face.

Robert Lewandowski, who has played for Bayern Munich since 2014, was sat in her player’s box during the match and had some encouraging words after she secured victory.

“Iga’s success confirmed she’s the best in the world, she won another Roland Garros, I’m personally very happy I could watch it live because I don’t get many such chances in my career, in my life, so when I have the opportunity, I take it,” Lewandowski said.

“When Iga wins, it’s something fantastic, a perfect combination, the emotions are there. Maybe they are a little bit, I don’t want to say subdued, but on a different level than when I’m on the field.

“But I was looking at many different things, at how Iga and her opponent Coco were moving on their feet, making those little steps, at more technical aspects. But at the end of the day I was very happy that she won, that was the main goal today.”

Swiatek was overwhelmed when she spotted Lewandowski as she didn’t know he was going to be at Roland Garros during the match, but she made time to talk to him before celebrating with her team.

“I didn’t know, and I’m happy about that because I would get so stressed,” the two time French Open champion said.

“Well I’m happy that he’s here, honestly. I don’t know if he’s like a huge tennis fan or not, but yeah, I mean wow.

“He’s been a top athlete in our country for so many years that it still feels hard to believe that he came to watch me. I hope he liked it, I hope he’s going to come back. Yeah I don’t know, just overwhelmed.”

Not only did Swiatek get to meet Lewandowski and win the French Open title for a second time, she’s also the youngest multiple Grand Slam champion since Maria Sharapova won her second title at the 2006 US Open.