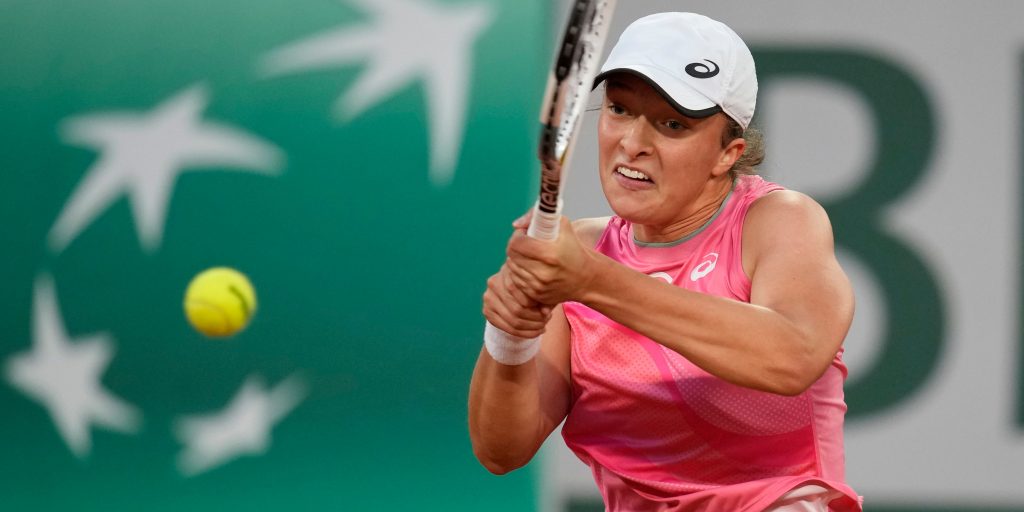 Iga Swiatek stayed on track for a successful defence of her French Open title with victory over Ukrainian teenager Marta Kostyuk to reach the quarter-finals.

A week after her 20th birthday, Swiatek is in the unexpected position of being the experienced player in the field in terms of Grand Slam success having won her maiden title here last year.

The Pole’s 6-3, 6-4 victory over 18-year-old Kostyuk extended her winning run at Roland Garros to 11 straight matches and 22 sets – not quite Rafael Nadal territory but supremely impressive for such a young player.

2️⃣2️⃣ sets and counting 🙌@iga_swiatek keeps her streak alive while battling to victory over Kostyuk 6-3, 6-4 and claims the final slot in the QFs.#RolandGarros pic.twitter.com/PTUVu2Wxdq

Swiatek is not just the only player left in the women’s draw who has won a Slam title but the only one who has gone beyond the quarter-finals, so it is no surprise she is a heavy favourite.

She was certainly pushed by Kostyuk, who reached the third round of the Australian Open aged only 15 and is beginning to string results together.

It was nip and tuck through the first seven games, with Kostyuk using her defensive skills to match her opponent shot for shot, but in the end Swiatek’s variety and poise helped her move clear.

It was a similar story in the second set, Kostyuk threatening but punctuating brilliant play with costly misses, and Swiatek stood firm to book a last-eight meeting with Maria Sakkari.

The eighth seed said: “Her defence was crazy so I had to finish her a few times. I’m not Rafa but my approaches are also pretty hard but she was getting everywhere so big bravo to her because the future’s ahead of her. Hopefully there’ll be many more meetings like that.