Iga Swiatek relaxed as she returns to happy hunting ground 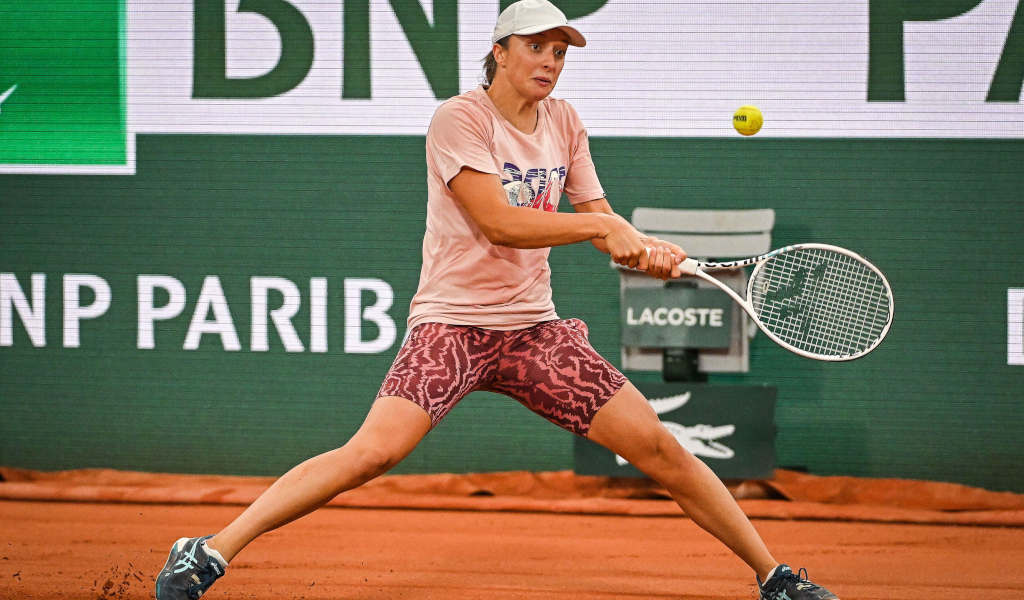 Ahead of the French Open World No 1 and clear women’s singles favourite Iga Swiatek is feeling more relaxed than in previous years.

Swiatek has a special place in her heart for Roland Garros having won ger first junior Grand Slam at the venue and also making her senior Major breakthrough in Paris.

She says that Roland Garros was where she decided that she wanted to be a tennis professional.

“I am definitely thinking about the atmosphere on the courts,” she told Eurosport.

“I always love to come here and I often remember my first Junior Grand Slam, which was a great experience.

“Then I actually decided that this is the life I would like to have and I will devote a lot to be the top participant of the series.

“That’s why Roland Garros is a breakthrough tournament for me, where I learned a lot.

“I am glad that I can use all my experiences.

“The fact that I already scored so many points makes me already have a good season and I don’t feel so much pressure when it comes to the result.

“I would like to continue the work that I have been doing and that is what I will focus on.

“There is a great atmosphere at the Grand Slam, but it can also make it a bit more pressured, so I will try to do everything step by step and focus on each subsequent match.

“This time I’m more relaxed. I managed to prove to myself and to others that I can be one of the best.

“Before, I didn’t have that much confidence. This year I feel much more at ease,” she added.

Swiatek isn’t entirely convinced that her winning streak will survive the rigours of a Grand Slam but says she has made piece with the fact that her sequence of victories has to end at some point.

“I haven’t played in a Grand Slam tournament since my streak started. We’ll see if what I did before, this time will be enough.

“Several times during those tournaments I won I was stressed with my form. But I always tried to focus on tennis.

“In Paris, I don’t set any goals for myself. I just want to play match after match.

I know my streak may end soon. I don’t want to be heartbroken when that happens.

“It’s healthy to be aware of this. I am satisfied with what I have already achieved this season.”