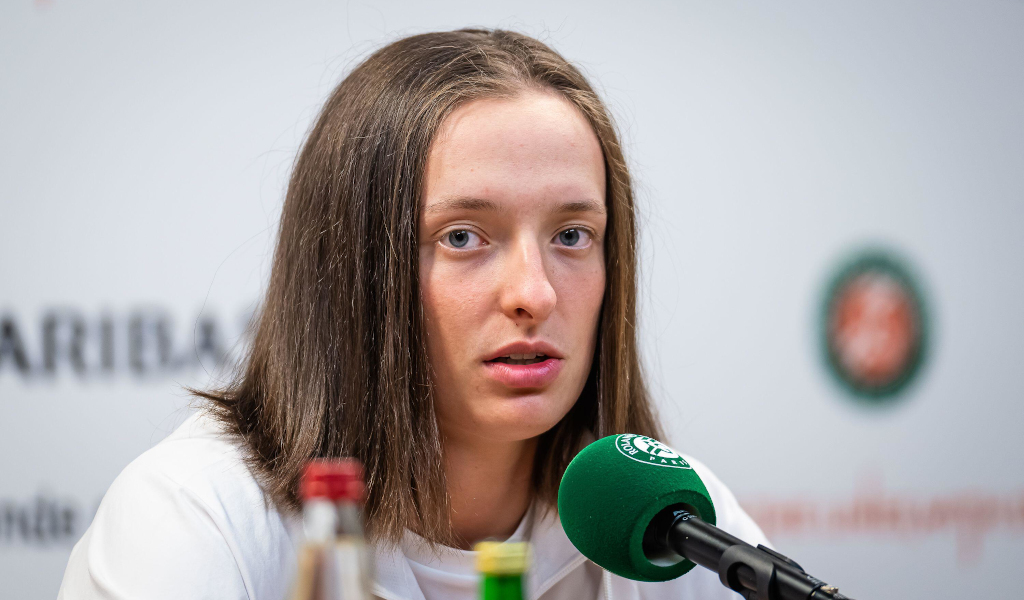 Iga Swiatek received an ovation for thanking her family, her team and praising Coco Gauff after winning the 2022 French Open, but the biggest cheer during her victory speech came when she sent a message of support to Ukraine.

World No 1 Swiatek produced another impressive display to see off Gauff in the final at Roland Garros, beating the teenager 6-1, 6-3 to secure her second title in Paris.

After the trophy presentation, it was time for the post-match speeches.

Swiatek, who was in tears during the Polish national anthem, started her speech in emotional fashion, saying: “I just told Coco don’t cry, and what am I doing right now?

“Coco, when I was your age it was my 1st year on tour and I had no idea what I was doing.”

The 21-year-old also thanked her team as she stretched her unbeaten run to 35 matches, but she admitted that her latest French Open title is quite special as she had to “work hard” for it.

She added: “Two years ago, winning this title was something amazing, honestly, I wouldn’t expect it, ever. But this time I feel like I worked hard and did everything to get here even though, you know, it was pretty tough. The pressure was big.”

And before finishing off, she issued her message to Ukraine.

“I wanted to at the end say something to Ukraine. To stay strong because the war is still there.” she said.

Court Philippe-Chartier started to applause and it lasted for a while before the Pole continued: “Since my first speech in Doha basically I was hoping that when I’m gonna go the next one the situation is gonna get better.

“But I’m still gonna you know have hopes and try to support.”

What a run from the teen 👏

The 18-year-old Gauff, playing in her first Grand Slam final, also cried during her speech.

“This is a first time for me so let’s try to get through this! First of all, congratulations to Iga. Hopefully we play each other in a few more finals and hopefully I can get a win over you one of these days!”

“What you’ve done on tour the past couple of months has truly been amazing and you totally deserve it. Hopefully we can play each other in more finals and I can get a win over you one of these days.”

She added: “To my team, sorry I couldn’t get this one today. Hopefully this is the 1st final of many.”