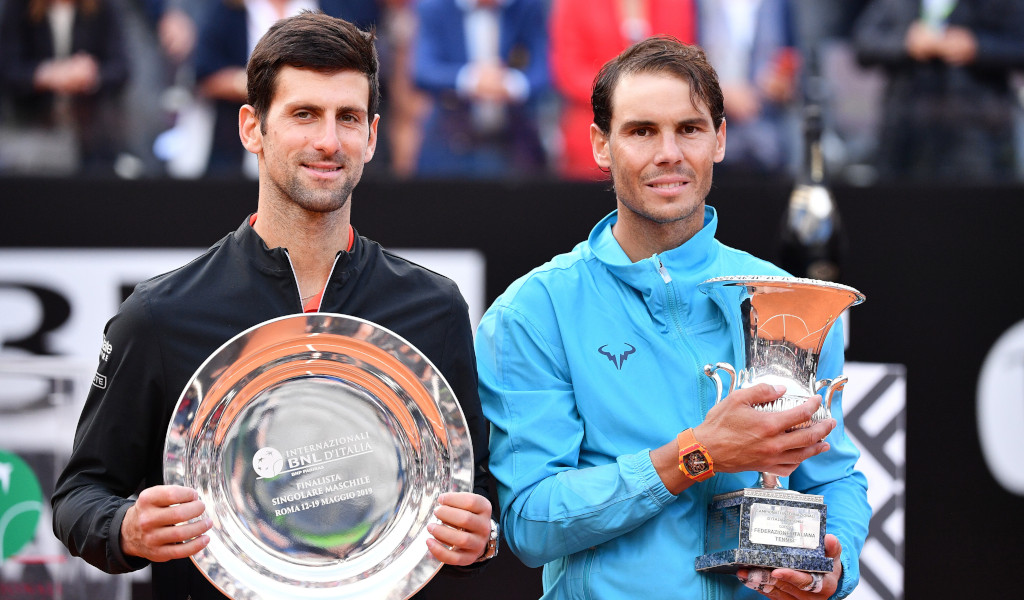 Novak Djokovic has admitted he is keeping a close eye on Rafael Nadal’s form ahead of a potential meeting with the Spaniard in the final of the French Open.

Nadal is the overwhelming favourite to claim what would be a 12th Roland Garros crown this year, with many believing world number one Djokovic is the only man capable of stopping him.

And, in an interview with Eurosport pundit Boris Becker, Djokovic admits he is watching the matches of all the top players, not just Nadal.

“I am watching him, especially when you play your matches on different days,” Djokovic said

“TVs are everywhere in your home, facilities, gym, locker rooms. When the main guys are playing, everyone is watching in the locker room.

“I followed closely but the main focus is on my game because I know I have had success against those guys on different surfaces and I know what it takes to go far in this tournament.

Djokovic also touched upon how he turned his game around following his elbow injury last year.

The Serbian started the year poorly, but has since won three Grand slam titles – and he says that refocusing his attention to the biggest tournaments was crucial in changing his fortunes.

“Grand Slams are the biggest goals of the year, are the ones that count the most to you.

“I have to adjust everything. My family life, everything around, peaking at those big events.

“It has worked in the past and especially in the last 12 months.

“Winning Wimbledon last year was a huge confidence boost and springboard for what was coming up after.

“I was number 20 [in the world], I lost here [at Roland Garros] in the quarters, a tough match against Marco Cecchinato last year, then I got into the grass season, played the final at Queen’s.

“Winning a Slam, especially Wimbledon, that is the cathedral of tennis and I always aimed to win that tournament.

“And winning it after everything I have been through in the surgery and coming back and finding myself on the court and off the court, that was crucial.

“After that, I just started to bring together again.”