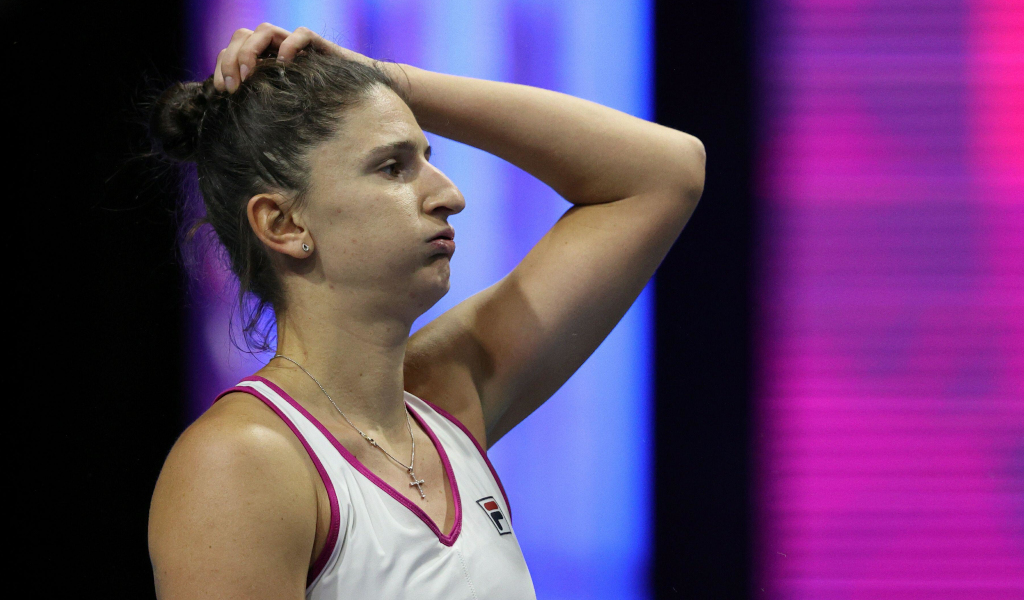 Irina-Camelia Begu has apologised after a moment of madness left a young boy in tears during her win over Ekaterina Alexandrova at the French Open.

A frustrated Begu threw her racket onto the clay court after going 3-0 down during the third set and it bounced into the Court 13 crowd. Although it didn’t hit anyone, a young spectator sitting close-by was frightened and started crying.

Play was halted as the chair umpire called the supervisor, but the Romanian was only handed a code violation for unsportsmanlike conduct.

Lucky not to have been

Watch the moment as Irina-Camelia Begu throws her racquet into the crowd which caused a child in the crowd to cry #RolandGarros | #RG22 pic.twitter.com/hc7jAhy1Ba

After the match Bengu gave the boy a hug and took photos with him before issuing an apology during her post-match press conference.

“It’s an embarrassing moment for me, so I don’t want to talk too much about it. I just want to apologise,” the 31-year-old said.

“My whole career I didn’t do something like this, and I feel really bad and sorry. So I’m just going to say again, sorry for the incident and, yeah, it was just an embarrassing moment for me.

“It was a difficult moment because I didn’t want to hit that racket. You hit the clay with the racket, but you never expect to fly that much. It was, as I said, an embarrassing moment for me and I just want to end it and not talk about it and apologise again.”