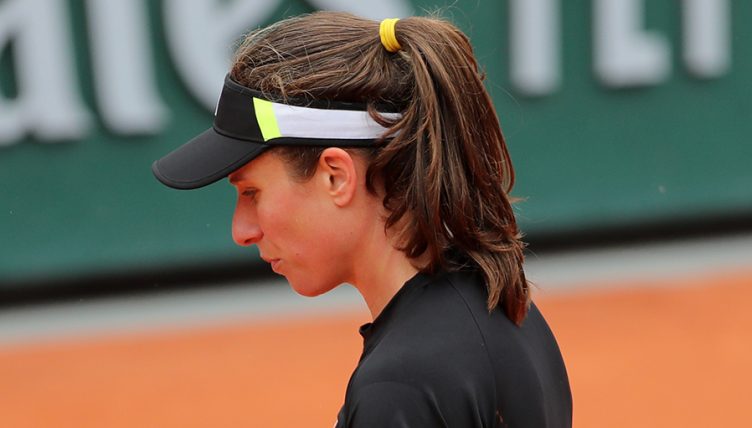 Johanna Konta is out of the French Open after a remarkable double collapse in the semi-final against 19-year-old Marketa Vondrousova.

The British number one went into the semi-final as the strong favourite to make her first Grand Slam final.

She looked like making the most of that opportunity too, looking especially dominant in the first set. She quickly established a break advantage, and had two match points at 5-3 up on the Vondrousova serve.

However, the set turned as Konta failed to put away a simple smash winner on the first of those match points. She subsequently lost her own serve while serving for the set, and was then broken again to surrender it.

She looked to have regained her composure in the second, though, and was once again a break up.

However, she inexplicably collapsed again, being broken back late in the set before losing it in a tiebreak.