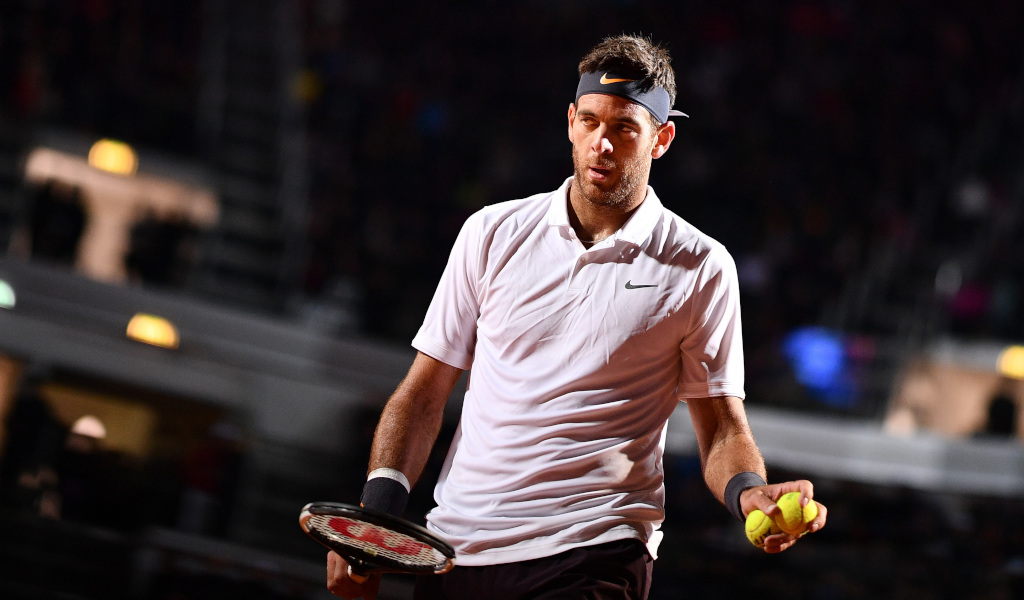 It has been a frustrating few months for Juan Martin del Potro and he admits he heads into the French Open knowing that he is still a long way away from his best level.

The former US Open winner has missed large chunks of the season due to a knee injury he sustained at the Shanghai Masters in October last year.

After opting against surgery, he finally made his return at the Madrid Open, losing in the first round, while he reached the quarter-final at the Italian Open where he lost against Novak Djokovic.

However, the 30-year-old knows that can’t rush his latest comeback from a serious injury.

“I also surprised myself after the Djokovic match in Rome,” Del Potro said. “I played great tennis for almost three hours, very high intensity, with the number one of the world, which is a very good thing looking towards the future.

“But I know how my present [level] is at the moment. I know how far [away] my best level is. I have high expectations in the future, but not now because I want to be calm. I want to be safe, as well. This is part of my rehabilitation to get better and get to 100 per cent soon… I will try to play as best as I can, but I am going slowly.”

The eighth seed will face Nicolas Jarry, who finished runner-up to Alexander Zverev in Saturday’s Geneva Open final, in his opening match at Roland Garros.

“The doctor gave me big confidence to play this tournament. I have been practising hard, getting ready to play another Grand Slam at this time of my rehab,” the Argentine said.

“It would be great if I finish this tournament healthy, playing good tennis, good level, because I am looking forward to being 100 per cent in the grass season and also in the summer of the United States. [Those] will be my biggest goals for this year.”