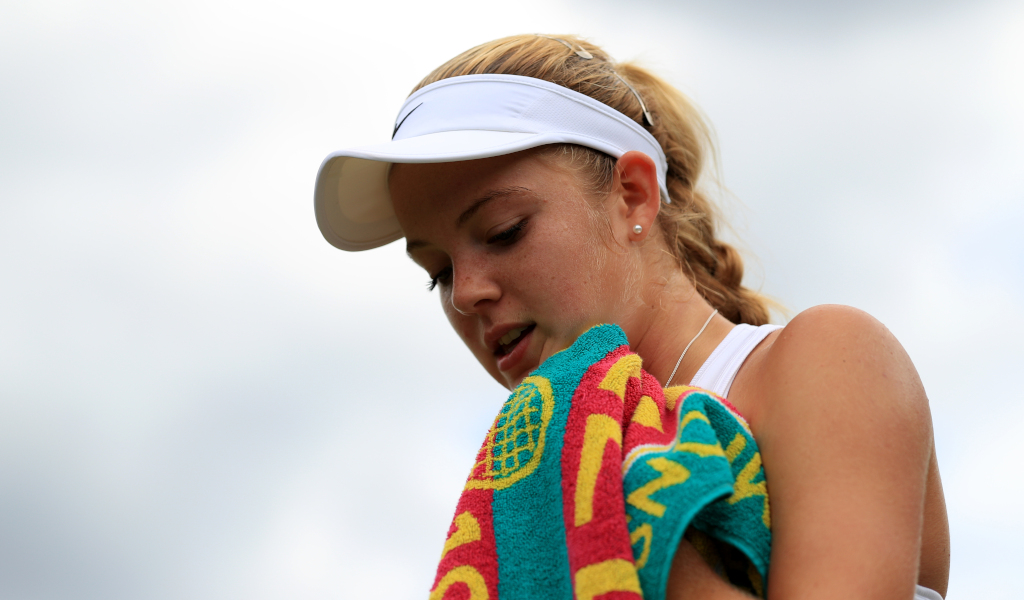 Katie Swann has opened up about “overall well-being”, revealing that she has struggled with her confidence in recent months and decided to seek help.

The 20-year-old won’t play in the French Open main draw this year after she was beaten in the final round of qualifying by Kristina Kucova of Slovakia.

However, she has admitted that her struggles started long before that as she considered not playing at Roland Garros qualifying as she was “afraid to embarrass” herself, adding that she felt “less of a person” after each defeat.

She decided the seek help and says it “made a big difference to my overall well-being”.

In a post on Twitter, she wrote: “In the last six to eight months I have struggled a lot with my confidence on and off the court and also finding joy in what I’m doing for different reasons.

“I was so afraid of disappointing my family, team and all the people around supporting me and I lost a lot of belief in myself.

“Every match I lost I didn’t just feel like a worse tennis player, but also less of a person.

“I decided to keep these thoughts to myself because I didn’t want to be a burden for anyone and it’s also very hard to open up about this.”

She added: “I decided to meet with a psychologist and really open up about everything I have been feeling.

“The first thing she told me is this is totally normal! She also congratulated me on making the effort to change because that is a big step in itself.

“Three weeks ago I wasn’t sure if I wanted to play in Roland Garros because I was afraid to embarrass myself. Today I am heading back to London with my head held high and feeling very proud.”