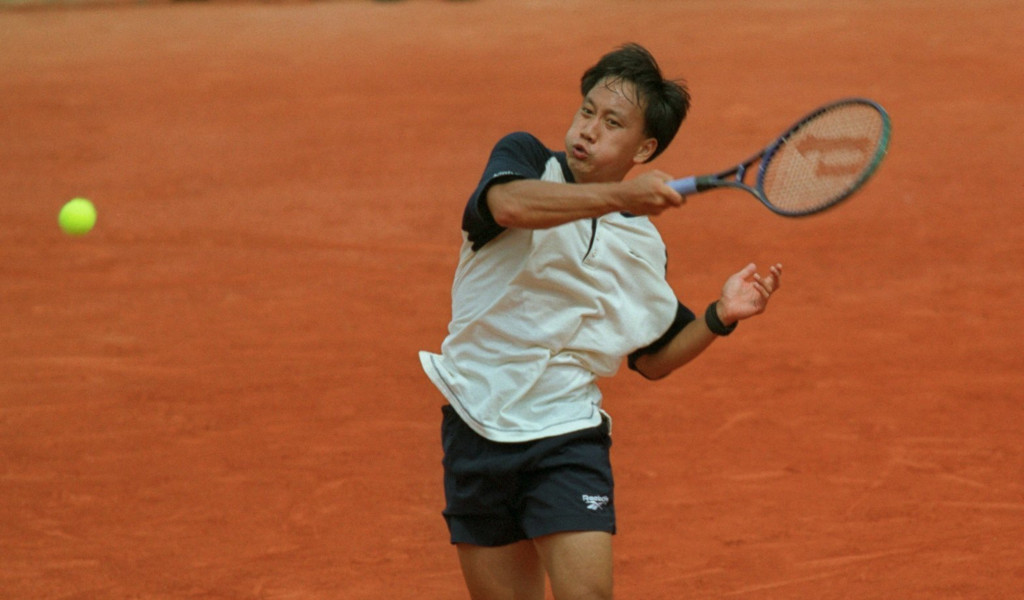 Japan’s Kei Nishikori is somewhat the polar opposite to his legendary coach Michael Chang.

Over the years, Nishikori would often throw in the towel due to exhaustion or slowly wilt away in the closing stages of major tournaments. In stark comparison to Chang who would fight until the last point until he could give no more.

The Japanese has had a good career to a certain extent. However, to overcome the likes of Roger Federer, Rafael Nadal, Novak Djokovic and Andy Murray, you have to give every last drop of sweat just like his mentor Chang did during his playing days.

It is generally accepted that he needs to work harder on his cardio and endurance levels and push his body to the limit if he is to achieve his life-long dream of winning a Grand Slam.

The story of his coach Michael Chang winning in 1989 should inspire him, if it hasn’t already.

A then 17-year-old Chang went into Roland Garros as a relative unknown. However, he played the match of his life to beat Ivan Lendl in the fourth-round and went on to beat another tennis legend in Stefan Edberg in the final to become the youngest male tennis player to win a Grand Slam. That record still stands to this day.

Not only did Chang overcome the physical challenges presented to him in the form of beating the best players at that time, he also had to show mental fortitude.

There were protests and violent exchanges at Tiananmen Square in Beijing, China, as the government mercilessly crushed protesters. With his father and other family members originating from China, Chang often speaks about that as something that powered him to win the French Open.

He believed that God helped him win the prestigious tournament to ease the people’s suffering back home in China and unite people together.
This is something that Nishikori should think about during his latest French Open campaign on the 30th anniversary of his coach’s fine achievement.

The great Michael Chang would fight for every point until he could no longer stand. If the 29-year-old Nishikori is to realise his full potential, he will have to do the same.