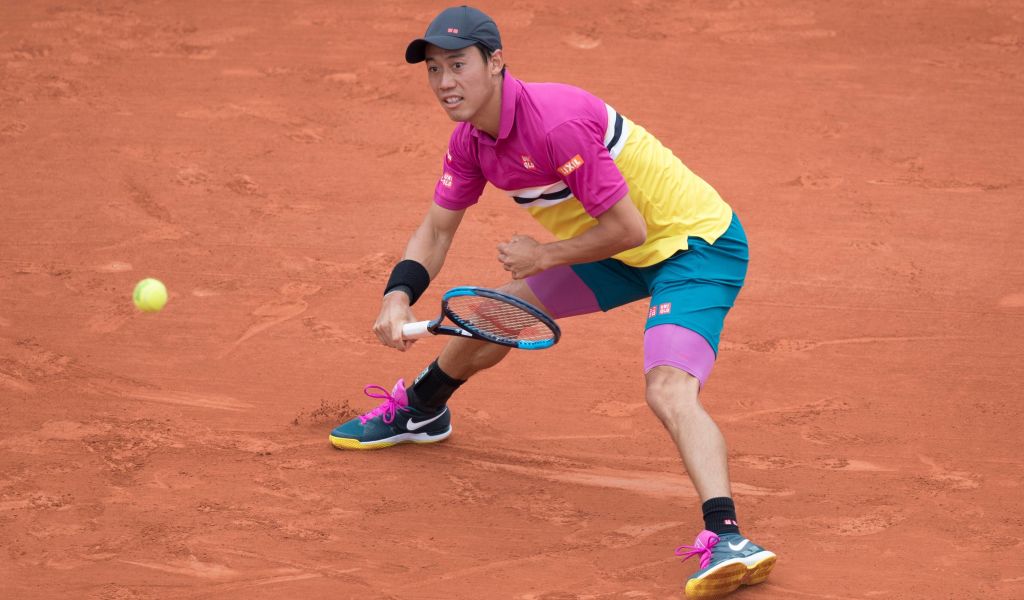 Japan’s Kei Nishikori overcame nerves and an error-strewn display to beat France’s Benoit Paire and book his place in the quarter-finals of the French Open.

Next up for Nishikori is a daunting match against defending champion Rafael Nadal who he has a poor record against.

This fourth-round was hung over from Sunday night after Nishikori led two sets to one going into Monday’s session.

Paire had the local crowd fully behind him and they spurred him on as he attempted to peg back the Japanese in the fourth set.

Paire was in new territory having never previously made the fourth round or the second week of Roland Garros.

The fourth set went to a tie-break as both players threw in their fair share of double faults and unforced errors as nerves and lapses in concentration began to kick-in.

Paire eventually seized the tie-break to send the match into a deciding fifth set. Nishikori looked shaken as he went 4-2 down to put Paire on the cusp of winning.

However, the Japanese began to swing freely and battled back to win the fifth 7-5 and secure his place in Wednesday’s quarter-finals.