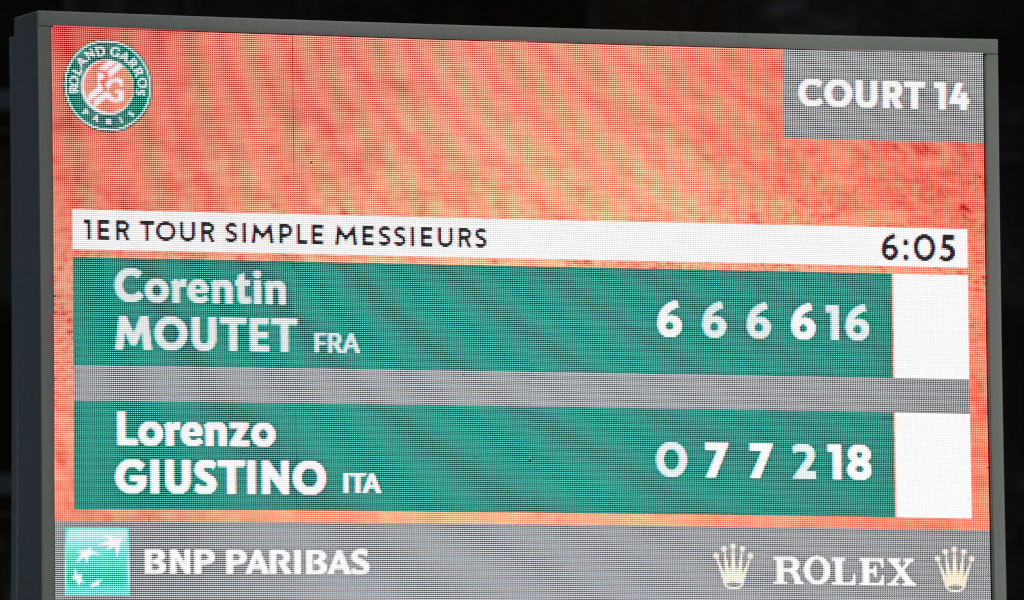 It has taken him 13 years, but Lorenzo Giustino finally has an ATP Tour-level win and he did it in the hardest possible way as he required more than six hours to get the better of Corentin Moutet in the first round at the French Open.

Giustino turned professional back in 2007 and made his ATP Tour main draw debut in 2015, but he had to wait until 2020 before finally qualifying for a Grand Slam. 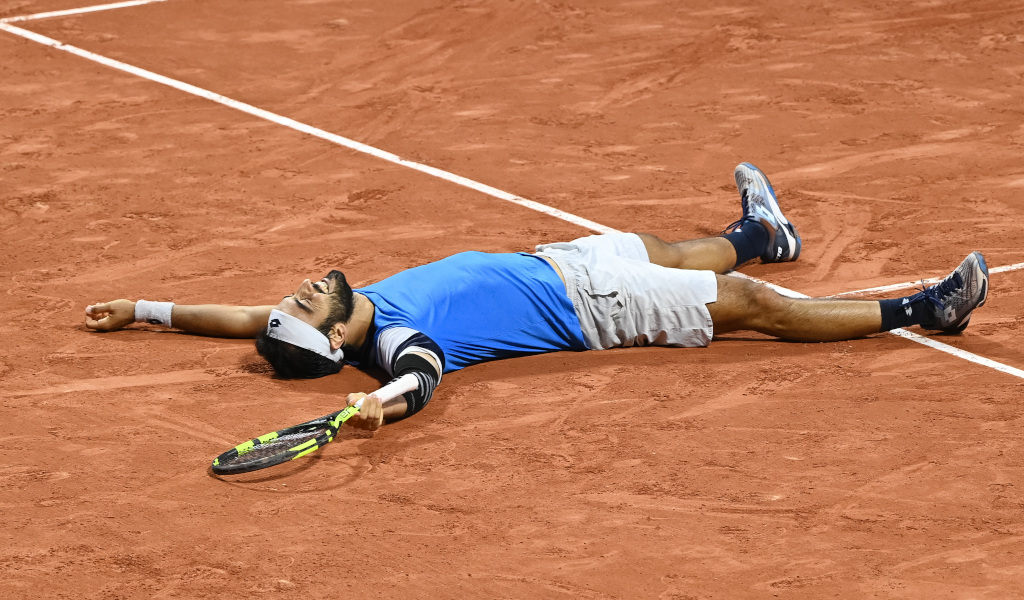 Having lost his Australian Open first-round clash earlier this year, the Italian finally got that precious win at Roland Garros on Monday.

His match against Moutet started on Sunday and play was called off midway through the third set.

It was the second-longest French Open match after Fabrice Santoro’s six-hours and 33-minute win over fellow Frenchman Arnaud Clement on Court Suzanne-Lenglen in 2004.

The fifth set alone lasted more than three hours while a total of 459 points were won with Moutet edging it 242 to 217.

There were 145 winners and 184 unforced errors while another incredible stat is the fact Moutet served only one double fault, which came in the deciding set.

Asked how he felt after the match, Giustino replied: “Perfect. I feel perfect. No. Perfect. Like tomorrow I go around a bit because I think I’m too fresh.”

Next up for the Italian is 12th seed Diego Schwartzman of Argentina.