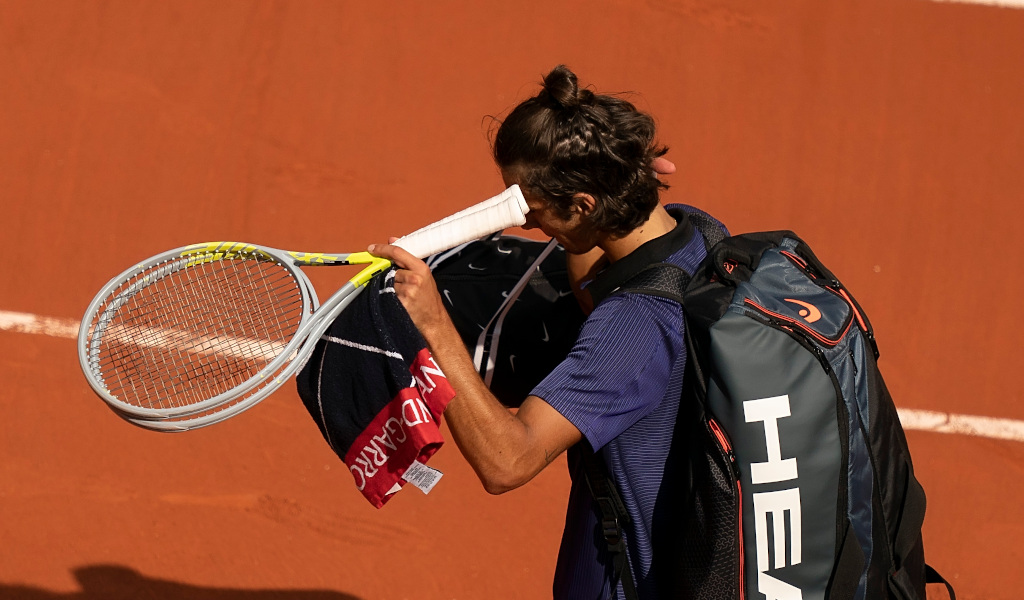 Boris Becker believes Lorenzo Musetti should have finished his French Open fourth-round match against Novak Djokovic, saying it is a test of maturity.

Playing in a Grand Slam main draw for the first time, Musetti won his first three matches to set up a clash against world No 1 Djokovic and for large periods it looked like he would cause a big upset on Monday.

After the match Musetti admitted that he was suffering from cramp and retired as he didn’t feel he would be able to win another point.

“It’s, well, just a little bit of cramps and a little bit of low(er) back pain. I was not any more able to win a point, and so was not really grateful also for the crowd that was there, so I decided to retire.

“There was no chance that I could win a point, so I decided to retire because I think it was the best thing to do.”

However, former world No 1 Becker was far from happy with the teenager’s decision not to finish the match.

“Novak had problems with Musetti’s style of play,” he told Eurosport. “He does everything quite well. He doesn’t have the big weapon, but the serve is okay, the movement, the technique and also the confidence because he had already won many matches this year.

“When you face the biggest on the scene, you have to be ready physically and mentally. The young guns don’t understand that. It’s not just playing tennis, it’s about character and personality.

“I haven’t seen a very bad injury. That’s why I don’t think it’s good to stop. You should have respect for the other player and say, ‘he beat me today’. Then it’s 6-0. It’s a test of maturity. But athletically, he can absolutely keep up.”