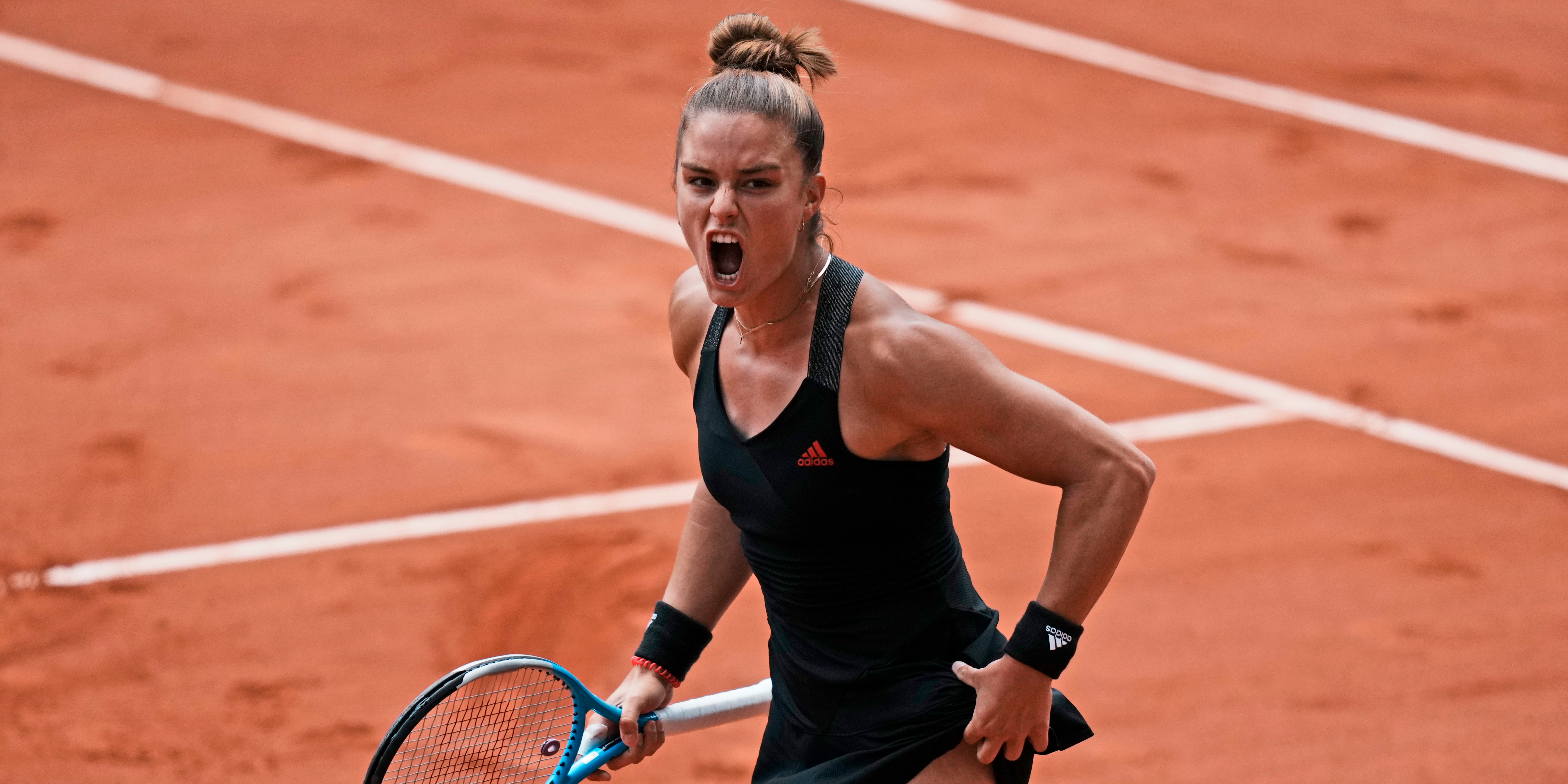 Swiatek burst onto the global stage in October by winning her first grand slam title in spectacular style and found herself this time as the only player in the quarter-finals previously to have gone further at any slam.

The Pole was on a winning streak at Roland Garros of 11 matches and 22 sets but a right thigh problem appeared to affect her as she fell to a 6-4 6-4 defeat by 17th seed Sakkari, who is now the highest-ranked player left in the tournament.

The 25-year-old Greek, who has a British coach in Tom Hill, has been knocking on the door at slams for several years but has found the recipe for success here, beating both of last year’s finalists in successive matches.

She was so fed up with tennis after the Italian Open in Rome last month that she headed to a Greek island, with Hill telling her to call him when she was ready to get back to work.

Hill admitted he was a little worried, but said: “I knew, one week off, she would be fine. At the end of the season she has about four or five weeks off, and after two days of hitting she’s hitting the ball amazing again.”

Sakkari made a nervous start, with Swiatek moving into a 2-0 lead, but the Pole also looked a little tight and they were soon back on serve.

Swiatek was not showing her usual clarity, hitting a lot of shots into the net, while Sakkari was beginning to dictate play with her powerful forehand.

After breaking serve at 4-4, Sakkari held her nerve to serve out the set, and it was a glum-looking Swiatek who went to her chair at 2-0 down in the second to await the trainer.

The 20-year-old, who has also played four doubles matches this fortnight, went off court and returned with her right thigh strapped and, although she kept pace with her opponent from there, Sakkari did not falter.

In the last four, the Greek will take on unseeded Czech Barbora Krejcikova, who ended Coco Gauff’s hopes of reaching a first grand slam semi-final with a straight-sets victory.

The 17-year-old has been in brilliant form on the clay and had cruised through to her first slam quarter-final but she was unable to take any of five set points in the opening set and faded badly to lose 7-6 (6) 6-3.