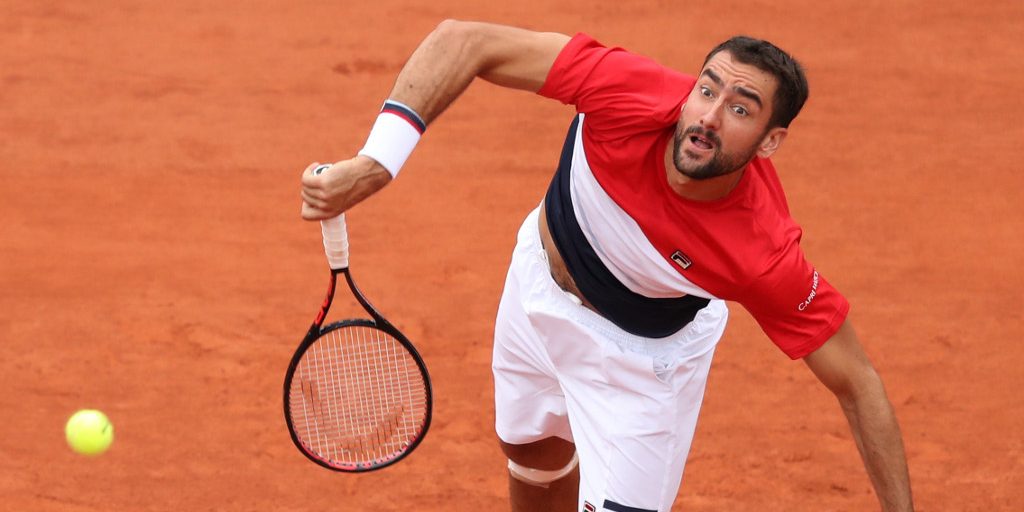 Marin Cilic and Denis Shapovalov were among the players who overcame a rain delay to notch up wins at the French Open.

Former US Open winner Cilic opened his campaign at Roland Garros against James Duckworth and he was in charge throughout the contest as he booked his place in the second round with a 6-3, 7-5, 7-6 (7-4) win.

Sixth seed Kevin Anderson had an even easier morning as he won 6-1, 6-2, 6-4 against Paolo Lorenzi from Italy. The South African broke twice in the opening two sets and, although Lorenzi put up a better display in the third, he was still comfortably beaten.

The 24th seed Denis Shapovalov advanced as he required just over two hours to secure a 7-5, 6-4, 6-2 victory over John Millman from Australia.

“Every round that I win here it’s a bonus for me. But for the future, winning Roland-Garros would be a dream come true for me,” Shapovalov said after the win.

The Canadian will face Maximilian Marterer after the German beat Ryan Harrison from the United States 6-1, 6-3, 7-5.