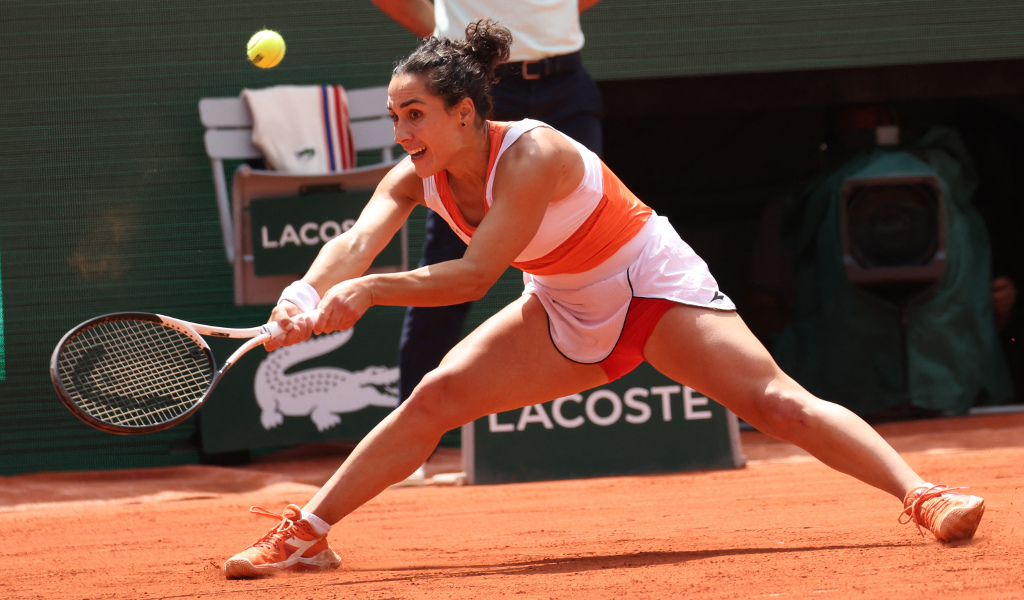 Martina Trevisan admitted she was nervous when she had her first opportunity to make the French Open semi-finals on Tuesday during her match against Leylah Fernandez.

Trevisan became the third Italian woman to reach the last four at Roland Garros in the Open era after 2010 champion Francesca Schiavone and 2012 finalist Sara Errani with a 6-2, 6-7(3), 6-3 win over last year’s US Open runner-up.

Her 19-year-old opponent was clearly in discomfort and called for a medical time-out as early as five games into the first set, and played a more aggressive brand of tennis throughout.

However, Trevisan kept her composure for the most part and ultimately found 43 winners to Fernandez’s 29, while keeping her unforced errors number to 29 opposed to Fernandez’s 44.

One time the 28-year-old Trevisan did lose focus was when she had a match point in the second set with the score at 5-4, but was unable to convert, which brought her wounded opponent back into the game.

After losing the second-set tie-break, her versatility and power ultimately gave her the upper hand and she raced into a 4-0 lead in the decider, even though she made hard work of the finish in the end.

Moment of a lifetime 🙌@MartinaTrevisa3 becomes the first Italian woman to reach the semi-finals in Paris since Errani in 2013, defeating Fernandez 6-2, 6-7(3), 6-3#RolandGarros pic.twitter.com/R1eESUGQjR

“In the first match point, I felt a little more nervous. I thought too much, that I was in the semi-finals,” she said after the match.

“But the important thing is that after that point I accepted the situation, it was normal to feel that emotion because it was my second quarter-final, but I was very close to the semi-final, which was the first time for me.

“So I accepted the situation and I tried to be focused on every point. That was, I think, the most important things that I did today.”

She struggled with anorexia during the early years of her career but has had something of a resurgence over the last couple of weeks.

She won her first WTA Title in Rabat last week, where she upset Garbine Muguruza en route to the final.

“The trophy in Rabat for me was very important. It was an incredible week, the first of my career, so it had very important emotion for me, I came here with a lot of energy, I wasn’t tired,” she continued.

Trevisan also paid tribute to compatriots Schiavone and former US Open champion Flavia Pennetta, who are both competing in Paris this week.

“I am so happy they are both here, I saw Flavia and Francesca here yesterday because they’re playing the Legends Tournament. They were and they are an inspiration to me,” she concluded.

Meanwhile, Fernandez skipped Tuesday’s media commitments on advice from her medical team while she gets treatment on the injury to her right foot.