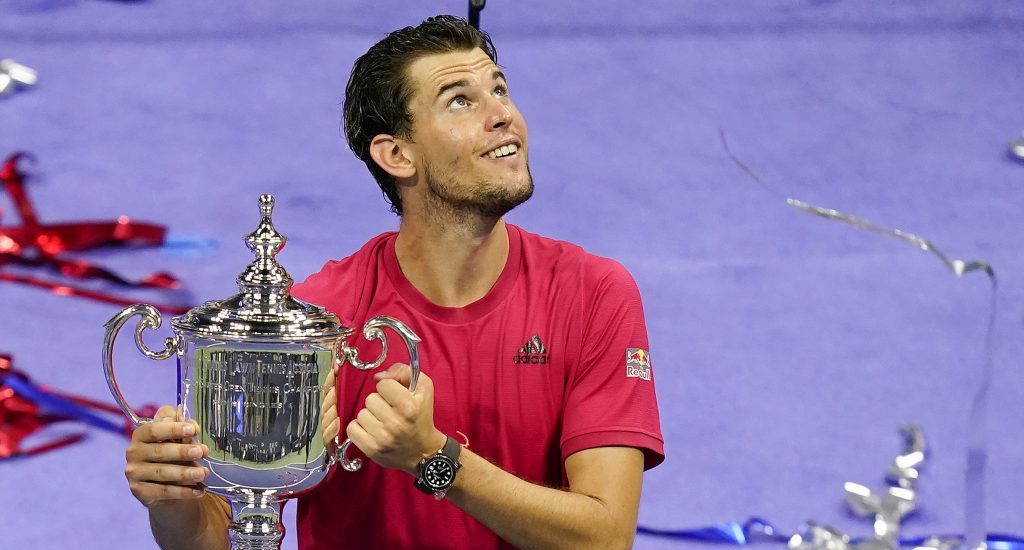 Novak Djokovic has paid tribute to US Open champion Dominic Thiem, saying the Austrian deserves the “title probably more than anybody” before adding that he is second favourite behind Rafael Nadal to win the French Open.

Thiem became tennis’ newest Grand Slam winner on Sunday as he came from two sets down to beat Alexander Zverev at Flushing Meadows.

The 27-year-old, the first player born in the 90s to win a major, had been knocking on the door before his US Open success as he finished runner-up to Rafael Nadal in the 2018 and 2019 French Open and to Djokovic at this year’s Australian Open.

“Dominic deserves this title probably more than anybody,” 17-time Grand Slam winner Djokovic said. “He’s such a nice guy, and he works extremely hard. He was so close in the past couple of years and finally he has it.

“It would be interesting to see how his career goes on from here, but it’s a huge relief.”

This is what sport is all about. Respect, appreciation and friendship. Thank you 🙏🏼 Domi and Sasha for standing strong for your character values and seeing always what matters the most – love & respect for each other. Congratulations to both of you. @ThiemDomi @AlexZverev #USOpen pic.twitter.com/BrqUr06CS5

He added: “I remember my first Grand Slam title, obviously getting that first monkey out of your back, in a way, to say it’s a huge relief.

“After that you start believing in yourself much more and feeling maybe a bit less pressure and expectations from yourself to win Slams.

“Both of these guys possess a huge tennis quality on all surfaces to win titles and Grand Slams. We have Roland Garros coming in a couple weeks’ time, and Dominic is right behind Rafa, on clay [as] the favourite to go all the way.”