No deja vu this time around for ‘mentally strong’ Simona Halep 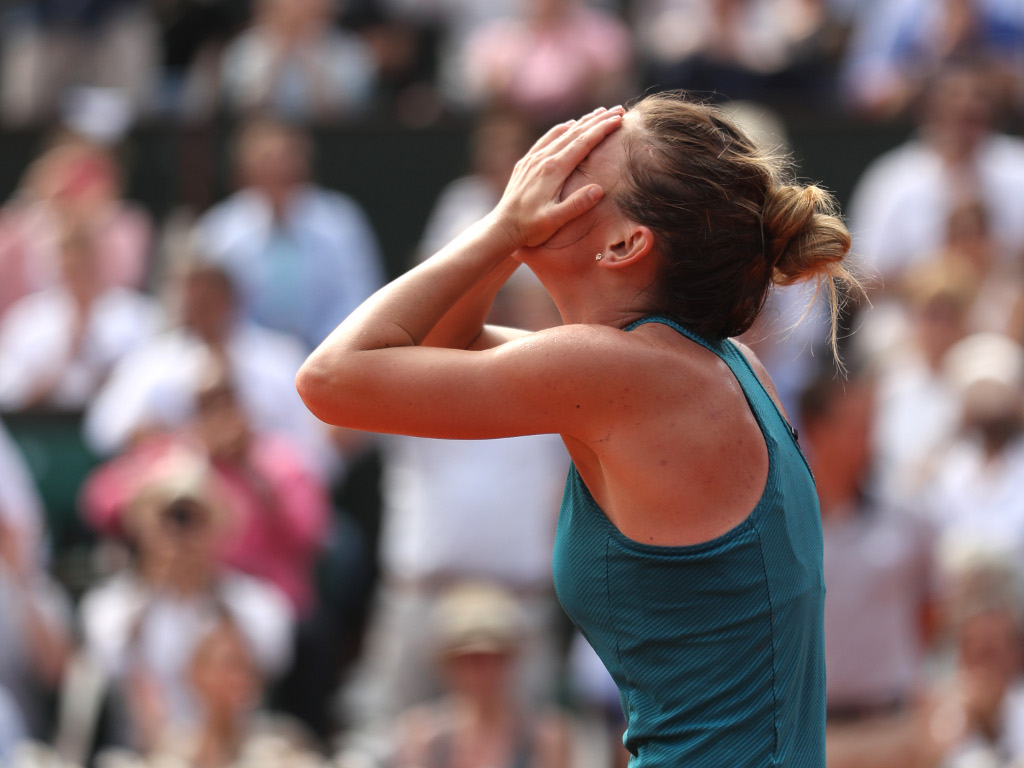 It was a case of “here we go again” for Simona Halep in the French Open final, but she managed to stay “relaxed” and ended up winning the title.

The Romanian finished runner-up at Roland Garros twice in a career and last year’s defeat to Jelena Ostapenko was particularly painful as she was a set up and hand 3-0 advantage in the second before the Latvian turned things around and won in three sets.

There was a role reversal this year as Sloane Stephens was a set up and also broke early in the second set, but Halep hung in there and eventually found her rhythm.

“I said, ‘[A win is] not going to happen again, but it’s okay.’ I have just to play,” the world No 1 said during the post-match press conference.

“And then when I started to win games, I said that last year happened to me – same thing, I was set and a break up and I lost the match.

“I said there is a chance to come back and win it. I believed in that, and my game was more relaxed. I could make more things on court, and that’s why I could win.”

She broke twice in the third set and was serving to take it to love, but she admits her nerves got the better of her.

“I couldn’t breathe very well in the last game at 5-0. And when I lost the game, I said, ‘okay, I have four more until she gets back’,” Halep said.

“Last year I was a little bit defensive when I was leading the match, and now I just had a change in my mind.

“I said that I have to hit the balls. I have to move and not be thinking about the last game. Just every ball, every point.

“So I did it well, and I was very strong mentally to finish that.”

“When I was 14, I decided to be a professional tennis player, I mean, to dedicate myself to this sport. Since then, I was dreaming for these moments. I was dreaming to win a Grand Slam,” she said.

“[The trophy], it’s heavy, it’s beautiful – and always when I was seeing the pictures with it, I dreamed to have it, to touch it. Now it’s a special moment and I’m really happy that it’s ‘mine.'”