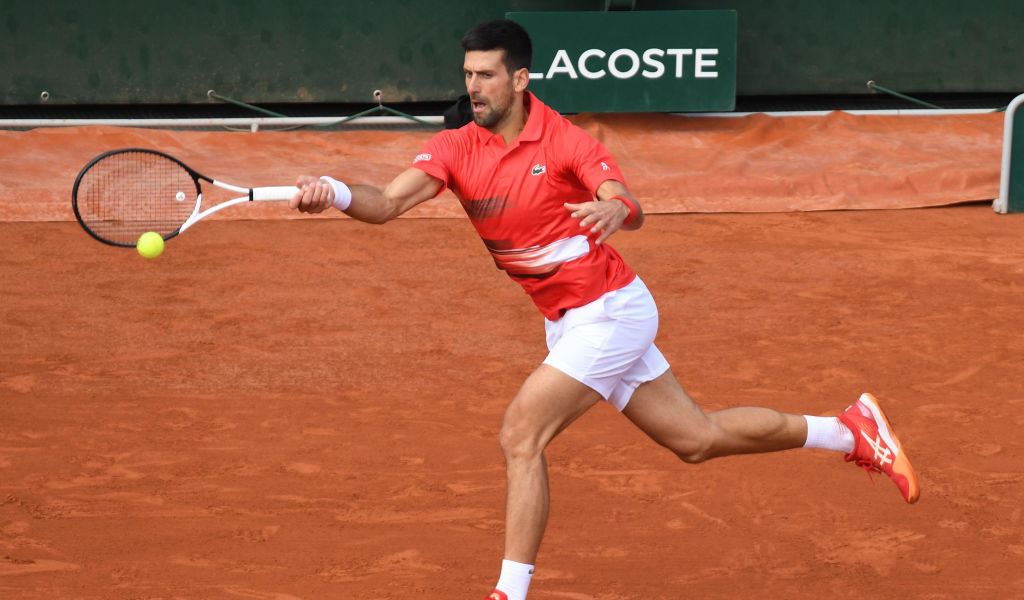 Novak Djokovic had to work hard to earn his victory over Slovakian Alex Molcan in the French Open second round.

On his way to an 83rd match win at the French Open, Djokovic hit 40 winners and gave up 19 unforced errors.

Molcan was always likely to be a tricky opponent having reached two ATP Tour finals on clay this season but he was unable to turn around a 2-0 head to head instead slipping to his third career loss to the World No 1.

But for untimely bunches of unforced errors from Molcan, Djokovic may have found himself under considerably more pressure.

“It was a difficult match,” Djokovic said in his on-court interview. “The conditions were not easy.

“There was a lot of wind and it changed direction a lot.

“It meant that I had to concentrate a lot and I had to adapt a lot because the speed of the ball changed a lot during the match.”

Djokovic encountered few problems on his own serve in the first two sets despite the wind.

The top seed won 29 of 34 first-serve points and didn’t face a break point throughout.

The 24-year-old Slovak offered more resistance in the third set, taking advantage of a loose Djokovic service game to break at 1-2.

But as Djokovic so often does, the World No 1 produced the minerals when it mattered most.

A pair of Molcan forehand errors handed Djokovic a 3/2 mini-break advantage in the third set tiebreaker and eventually wrapped up the match in two hours and 15 minutes.

Djokovic has not dropped a set in his first two rounds in Paris since 2010.

The Serbian is in his record 371st week at the top of ATP Rankings, although his position is under threat from both Daniil Medvedev and Alexander Zverev this fortnight.

Djokovic could require a tournament win to hold onto his rankings crown.