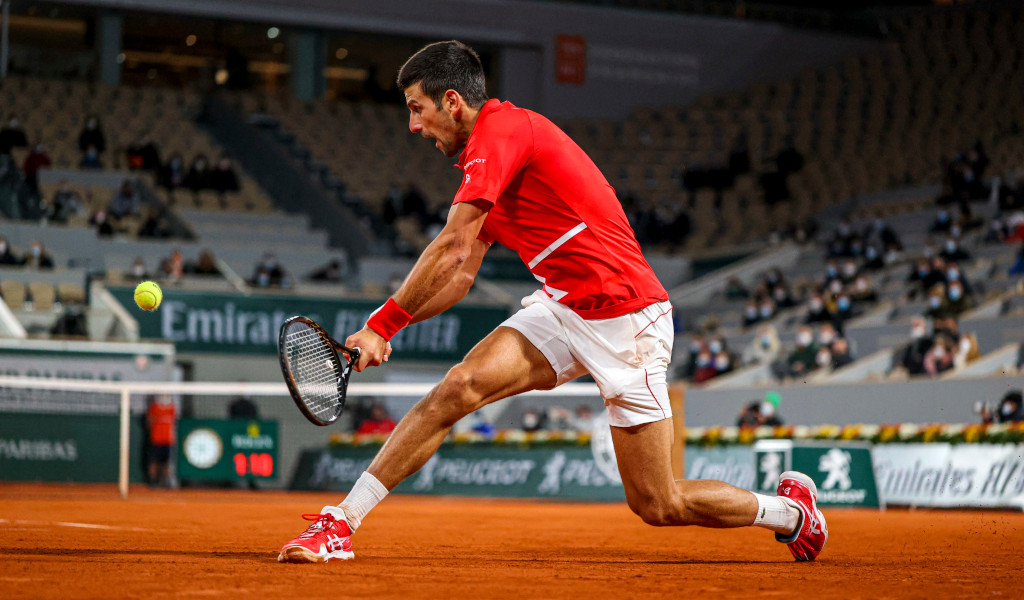 There were injury clouds hanging over him ahead of the French Open semi-final, but Novak Djokovic insists he “feels fine” after a tough five-set match against Stefanos Tsitsipas.

The world No 1 required treatment on his neck and arm during his quarter-final win over Pablo Carreno Busta, leading to Eurosport analyst Mats Wilander saying the injury is a lot more serious than he is letting on.

Next up is defending champion Rafael Nadal in the final and Djokovic is confident he will be good to go come Sunday afternoon at Roland Garros.

“I’m not feeling exhausted physically so much after tonight’s match,” he said. “It was a great battle. But I feel fine. I think a day and a half will be plenty of time for me to recover. I’m looking forward to a great battle with Rafa.”

The Serbian appeared to be cruising to a straight-set victory on Friday, but Tsitsipas upped his game and the match eventually went the distance.

Djokovic is pleased with the way he finished the match, but also hailed the Greek’s fighting spirit.

“I was definitely not pleased with the way I played the finishing stages of the third and fourth sets, but I was very pleased with the way I kept my composure mentally throughout the entire match,” the 17-time Grand Slam winner said. “I did feel that even though I lost the third and fourth, I still felt like I was the better player on the court. I had more control. I just felt comfortable playing.

“Credit to him for fighting back. He just played terrific tennis, especially in the fourth set when he was facing break points… He’s a fighter. He’s one of the best players in the world… There was a lot at stake for him. He was motivated to try to turn the match around, which he did very well.

“But in the end I think he ran out of gas. That’s when I stepped it up, used my opportunities when they were presented in the fifth and closed out the match in a great fashion.”