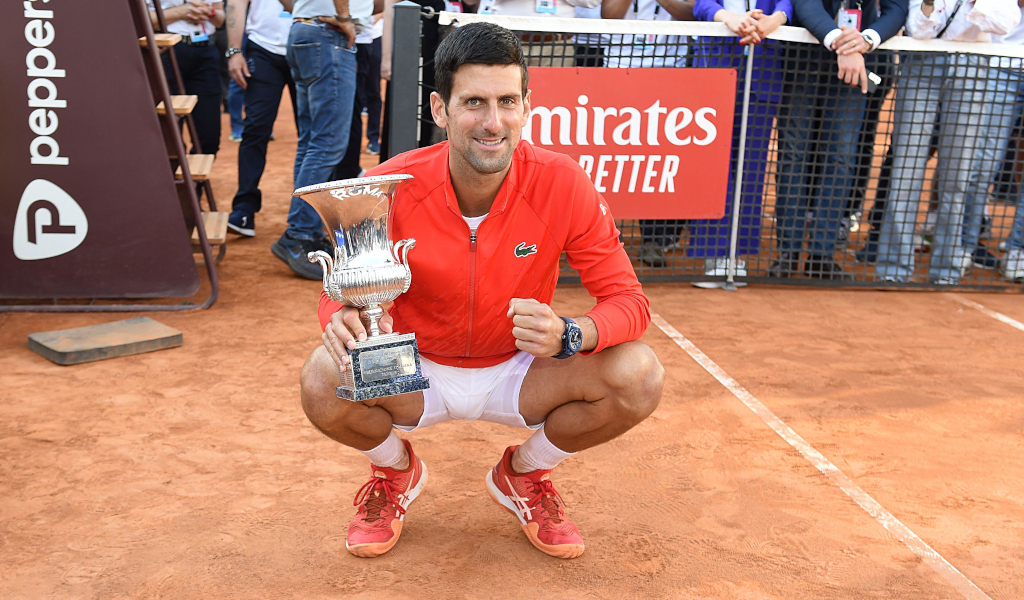 He made a slow start to his clay-court season, but things are starting to click for Novak Djokovic and his timing could not have been better with the French Open just around the corner.

After missing the bulk of the first few months of the 2022 campaign due to his unvaccinated status, Djokovic made his return at the Monte Carlo Masters, but he was out of sorts and lost his opening match of the season on clay.

He then finished runner-up at Serbia Open while last week he reached the semi-final of the Madrid Open. He capped off his Roland Garros preparations with the Italian Open title on Sunday, defeating Stefanos Tsitsipas in straight sets.

Needless to say he is happy with his progress and upbeat about his chances of defending his French Open title.

“I couldn’t ask for a better week really,” he said. “[I] played a perfect set today. Didn’t drop a set the whole tournament. I trusted the process really when I started training on clay…

“I usually peak here in Rome. I’ve had six titles but also had a lot of finals and semi-finals. Always a really good week of tennis with a lot of matches, and competitiveness on the court. Anything that I was really looking for here in Rome I got.”

He added: “I could not ask for a better lead-up to Roland Garros really.

“Serbian Open finals, really working my way through the tournament physically. Then Madrid, better performances, but still maybe not as sharp in those decisive moments. And here everything kind of came together and clicked.

“I’m going to Paris with confidence and good feelings about my chances there.”