Novak Djokovic on chase for Grand Slam record: ‘One defeat cannot destabilise me. I will keep going’ 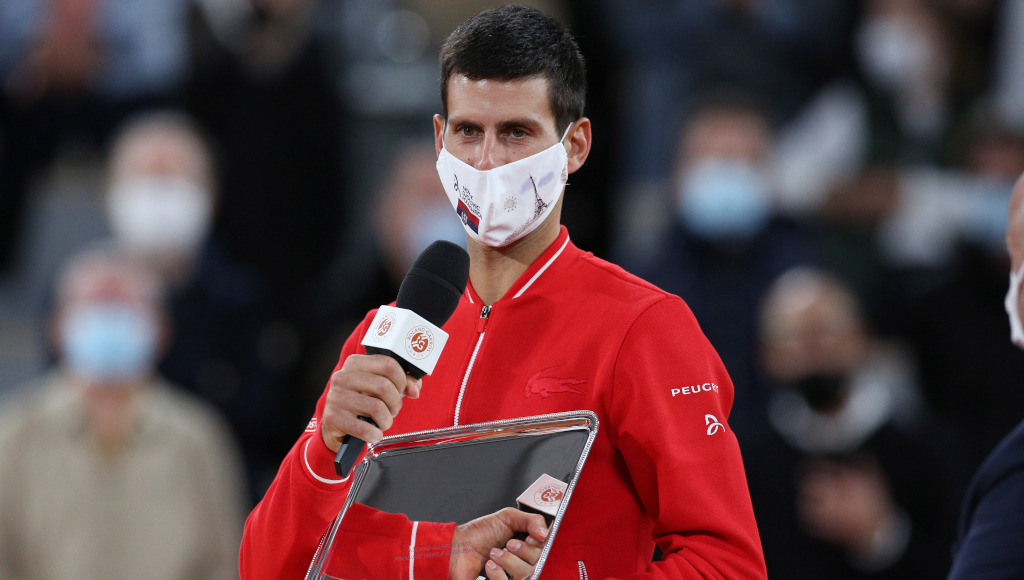 He may have come up short in his latest attempt to edge closer to the Grand Slam singles record, but Novak Djokovic’s “desire is still huge” with the Serb adding he has developed a “thick skin” when it comes to speculation about his future.

The world No 1 was beaten in straight sets by Rafael Nadal in the French Open final on Sunday, which helped the Spaniard to move level with Roger Federer on an Open Era record 20 Grand Slam titles.

Djokovic remains in third with 17 majors, but don’t count him out as he feels he has more than enough time on his side.

“If I thought it was too late I would have ended my career today,” he said after his defeat, as per tennisbuzz. “But I do not think it is too late. I will keep on going as long as I have fuel in my legs and love and desire towards the sport.

“One defeat, even though it is a Grand Slam final, cannot destabilise me. I have developed a lot, as the English say, I’ve developed ‘thick skin’ and I do not allow myself to be disturbed by various speculations and situations of this kind.”

He added: “Myself and Nadal, and especially Federer, we have been written off many times, people were sending us into retirement, but we keep coming back and proving that we are the best in the world despite all the pressure.”

Djokovic, who has lost only two matches this year with the other defeat coming at the US Open when he was defaulted, also has his sights on the ATP Rankings for most weeks at No 1. He currently just 20 weeks shy of Federer’s record of 310.

“My desire is still huge. I love and enjoy this game,” he said. “My professional goals stay the same — historic No 1 ranking and Grand Slam titles.

“If I achieve the former, which I intend to do next year, my hope will turn even more to Grand Slam tournaments in terms of approach, energy and schedule.”