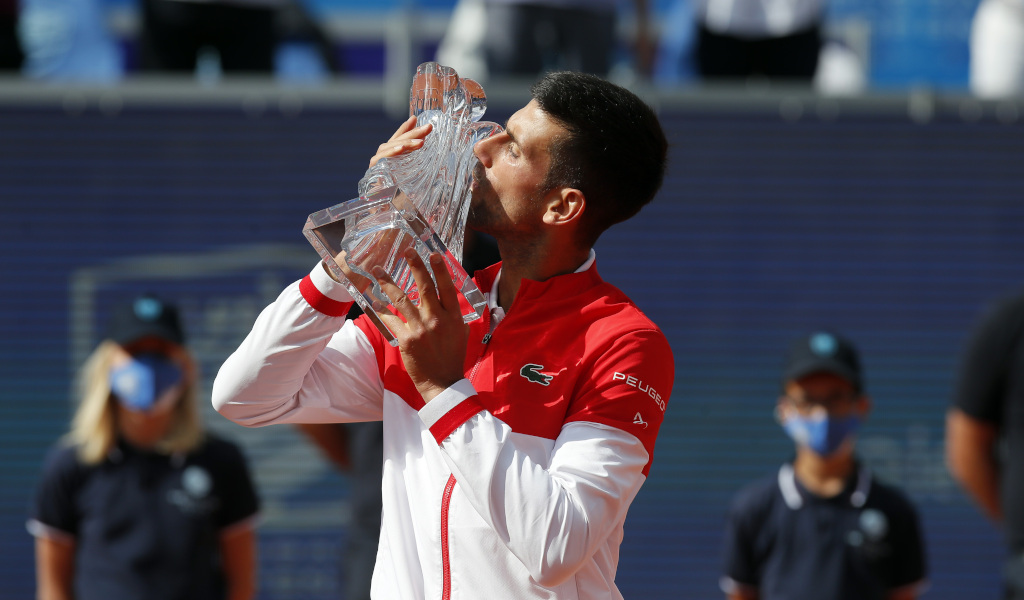 He ticked quite few boxes – including striking the ball better, finding his timing, using the court better and moving better – the past few weeks and now Novak Djokovic hopes that translates in more success at the French Open.

The world No 1 wrapped up his Roland Garros preparations by lifting the Belgrade Open trophy, his third on home soil and 83rd ATP Tour title, after beating qualifier Alex Molcan 6-4, 6-3 in the final on Saturday.

The world No.1 reigns supreme at home, powering past qualifier Molcan 6-4 6-3 for his third crown in Belgrade 🇷🇸#BelgradeOpen pic.twitter.com/EMmZy1GKpp

But all eyes have already turned to Paris with the French Open starting on Sunday, and Djokovic believes he is in good shape after his week in Serbia.

“I am ready. Paris is definitely one of the highest goals of the season and hopefully I will be able to kick start that tournament in the best possible way and work my way deep into the tournament.”

The world No 1, who is looking to win a second major on clay following his 2016 triumph, will start his French Open campaign against Tenys Sandgren and he feels things are falling into place.

“I feel that from the Rome tournament I have just been striking the ball better, finding my timing, using the court better, moving actually better,” he said. “Not being a half a step late as I was in Monte Carlo at the beginning of the clay court season.

“I feel like Rome and this tournament have been really important for the confidence and for Roland Garros. I am ready, I’m fit and I’m motivated. I am just very happy with the lead up to Paris.”