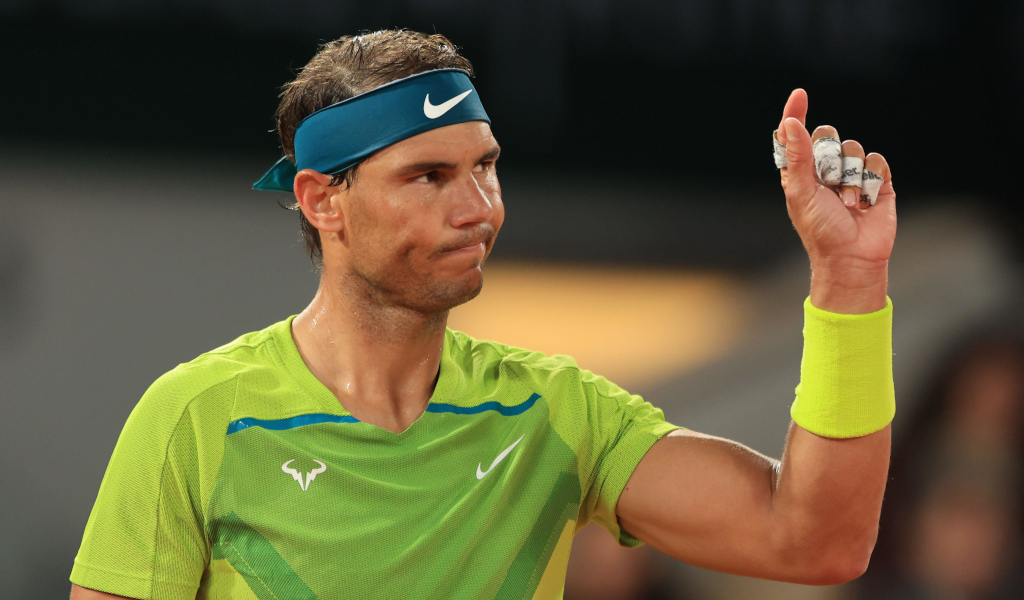 Rafael Nadal had plenty of reason to celebrate on Monday after yet another record-breaking weekend at Roland Garros, but he revealed that it was also a “difficult day” as his injured foot had “woken up”.

The Spaniard had enjoyed two glorious weeks on the court in Paris as he racked up some memorable performances en route to winning a record-extending 14th title French Open title and a 22nd Grand Slam crown, defeating Casper Ruud in Sunday’s showpiece final.

What made his fortnight even more is the fact that there were initially doubts over his participation in the clay-court Grand Slam due to his chronic foot injury, which flared up at the Italian Open.

The same problem also kept him out of the second half of the 2021 season and he admitted that he did consider retiring last year as he was in constant pain.

But fast forward to June 2022 and he is now the record holder for most majors won by a male player in the Open Era after also winning the Australian Open at the start of the year.

In a Q&A with the Spanish media, including ATPTour.com/es, Nadal was asked if he slept well after Sunday’s exploits and replied: “No, because my foot hurt. After two and half weeks taking anti-inflammatories and painkillers practically every six hours, because there was no other choice, it has woken up. And today is a difficult day for me.”

The former world No 1’s most difficult moment at Roland Garros came after his second-round victory over Frenchman Courentin Moutet as he was in pain.

His medical team opted to make changes to his treatment.

“I was limping badly. I still hadn’t injected my nerve,” he revealed. “From there, we came to the conclusion that I couldn’t keep injecting myself where I had been because it was continuing to get worse.

“We made the decision to inject the nerve at a distance, and that was a good decision. If we hadn’t done that, we would never have got to this point.

One injection lasts “about seven or eight hours”, but how exactly does one win a Grand Slam with a numb foot?

“They blocked the sensory nerves at a distance. If the motor nerves are numbed, you can’t move your foot. This isn’t an exact science either, because there are days when the numbness is a bit lower.

“For example, yesterday in the final, my toes went to sleep and my feel was worse, but you have to control your ankle. I continued to control it enough to be able to compete.”

He added: “You have control of your foot, but there is no sensation. There may be a little more risk of twisting your ankle.

“The way I’m playing, with a numb foot, it doesn’t matter if there’s less feeling because I go from limping to being pain free. It can’t continue, but I was able to win the tournament because I could move and run. That wasn’t the case in Madrid or Rome.”

The 36-year-old confirmed on Sunday that he would undergo pulsed radiofrequency treatment in the coming days with the hope that it would be a permanent solution.

“The goal is clear; to carry out pulsed radiofrequency on the nerve to try and achieve the sensation I have when I’m playing with a numb foot,” he said.

“We’re trying to make that permanent. If it works, we’ll remove the sensitivity from the sensitive part of the foot. And there’s another significant factor; we’ve shown that I can play with the distance blocking.

“If we can get this treatment to work, permanently affecting the nerve, I will be able to keep playing. I’m used to taking things step by step. I’m confident things will go well.”