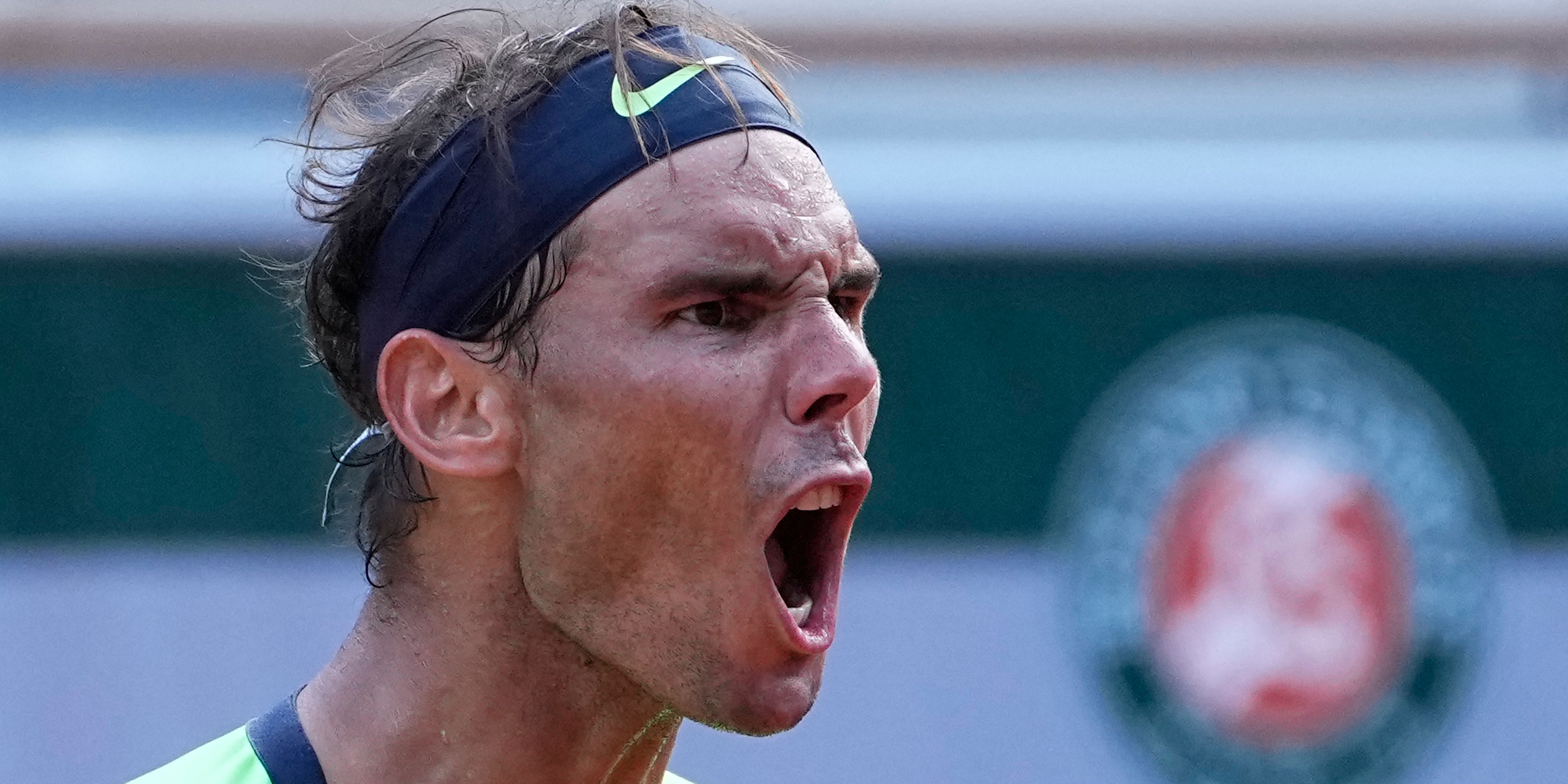 Rafael Nadal lost a set at Roland Garros for the first time since 2019 but responded in typically impressive fashion to beat Diego Schwartzman and reach a 14th French Open semi-final.

The 35-year-old extended his unbeaten run of matches at Roland Garros to 35 with a 6-3 4-6 6-4 6-0 victory, and the bad news for the rest of the men’s draw is Nadal has never lost on the Parisian clay once he has reached the last four.

All seemed relatively normal in the first set as Nadal kept Schwartzman at arm’s length and then recovered from 3-0 down in the second.

For seven games in the third set, Nadal almost seemed to be on the back foot, and his next service appeared a chance for Schwartzman to strike again.

“We know each other well,” said Nadal, as he summed up his latest win in Paris. “I started bad the second set and then was able to come back, but then the game at 4-4, returning with the wind helping, I played a bad game and had a tricky situation serving to not lose the set. Well done to him, he played well.

“I needed to play a little bit more aggressively and I think I did later, so I am very happy for that.

“I felt always the support of all my family since I was a kid, but a real support without pressure, they were always ready to help me with everything I needed. Thanks to all of them and without their support and the fans’ in the low moment it would be very difficult.”

With additional fans allowed to attend the French Open on Wednesday, there was a vibrant atmosphere inside Court Philippe Chatrier and Nadal revelled in the moment.

“I want to show my appreciation for playing in front of you,” he added.

“Diego is such an amazing player with so much talent and I respect him so much, today was a very difficult challenge. To play in front of you where I have so much history is very special for me.