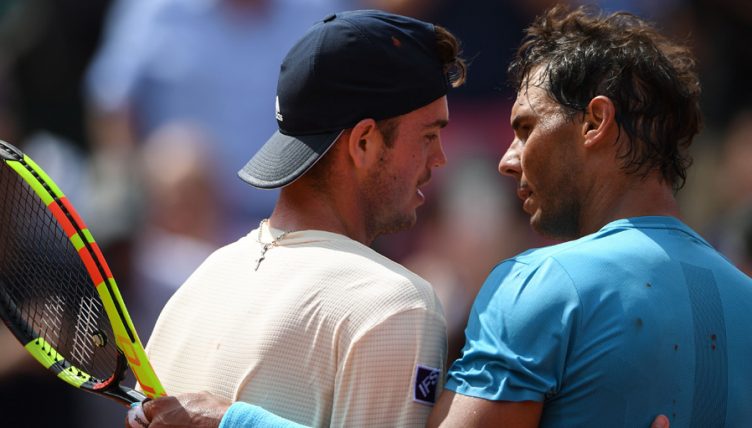 It was a significant result for the Spaniard, who claimed his 900th career win.

The Spaniard collects a milestone 900th career win with a 6-3 6-2 7-6(3) victory over Maximilian Marterer.#RG18 pic.twitter.com/LXGtalXxCJ

Nadal will face Argentinian Diego Schwartzman, the 11th seed, after he came back from two sets down to beat sixth seed Kevin Anderson.

The South Africa looked imperious in the early stages of the match, dropping just three games as he took the first two sets, but Schwartzman somehow recovered for an unlikely 1-6 2-6 7-5 7-6 (7/0) 6-2 triumph.

Fall to the floor.